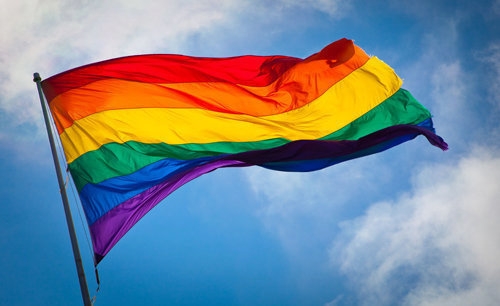 With the backdrop of a national, youth-led movement demanding reform of a system of policing that too often approaches communities of color like an occupying force, the Department of Justice on Monday released updated profiling guidance for federal law enforcement agencies. The guidance is explicitly inclusive of both sexual orientation and gender identity – an aspect that is of critical importance given the far too frequent experiences of LGBTQ people, particularly LGBTQ people of color, with profiling and targeting by law enforcement. Unfortunately, the guidance as a whole – while taking some praiseworthy steps forward – is not an adequate response to the crisis of racial profiling in America.

From the police raids and harassment that sparked the modern LGBTQ rights movement at the Stonewall Inn to modern day unlawful sting operations targeting gay and bisexual men and transgender women as sex workers, the harms of ineffective, un-American profiling are of clear concern and importance to the LGBTQ community.

The experience of Monica Jones, a student at Arizona State University and a transgender woman of color, is but one telling example of how profiling of LGBTQ people occurs. In May of 2013, Monica was arrested for the "crime" of walking while trans. Under a Phoenix ordinance that flies in the face of the Constitution, an individual can "manifest" their intention to commit an act of prostitution by, for example, waving at cars, talking to passersby, or asking if someone is a police officer. In Monica's case, she was assumed to be engaging in sex work because of how she looked.

During a bench trial in April, the arresting officer stated that her presence near her home, in an area he claimed is "known for prostitution," and her outfit, which he described as a "black, tight-fitting dress," suggested to him that she was manifesting intent to engage in prostitution. Tellingly, the arresting officer – both at trial and about 20 times in his written report – repeatedly referred to Monica as a man. Her conviction is currently on appeal, and a number of organizations – including the ACLU – have filed an amicus brief on her behalf.

Unfortunately, Monica's experience with profiling is not unique. The largest national survey of transgender people to date found that one-fifth (22 percent) of respondents who have interacted with the police reported harassment by law enforcement due to bias, with substantially higher rates (29-38 percent) reported by respondents of color.

As important as it is that this guidance is explicitly LGBTQ-inclusive, the failure on the part of the Justice Department to fully extend it to state and local law enforcement agencies, as recipients of vast amounts of federal funding, is a significant omission. As more than two dozen state and national LGBTQ organizations wrote to Attorney General Holder in October, applying the guidance in this manner was particularly important given the reality that most profiling and targeting of individuals on the basis of their sexual orientation or gender identity occurs by state and local agencies. The guidance's application to state and local agencies is limited to those occasions when they are actually participating in a federal law enforcement task force. Admittedly, this is better than completely letting them off the hook; however, it does next to nothing to address what profiling of LGBTQ people like Monica Jones looks like in reality.

In addition, the failure on the part of the administration to eliminate carve-outs that permit discriminatory profiling of individuals on the basis of their race, ethnicity, or religion at the border by the Transportation Security Administration and both at and in the "vicinity" of the border by Customs and Border Protection is inexcusable. The guidance also fails to fully bar biased profiling in the national security context.

Recognizing that profiling is an LGBTQ rights issue – as this guidance does – is unquestionably a promising step forward. It is not, however, a sufficient response. The failure of the guidance to fully apply to state and local agencies, as well as the special carve-outs, underscores the continued importance of and need for an explicitly LGBTQ-inclusive End Racial Profiling Act (ERPA). In America, no one should be subject to discriminatory policing because of who they are or how they worship.