No One Should Have to Travel in Fear 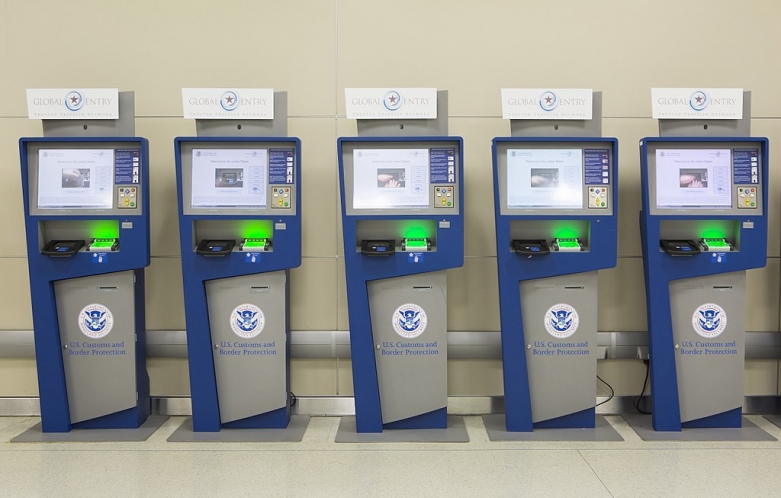 I’ve worked for Silicon Valley companies for more than a decade and international travel is a necessary part of my job. I’ve had my fair share of delays and missed connections, but one thing I’ve never experienced while traveling in airports is fear. That changed last December when I returned from a business trip to Europe.

Going through customs is usually routine for me. I signed up for the Global Entry program years ago. It allows me to bypass lines using an electronic kiosk. With my travel schedule, Global Entry is a necessity.

On this trip, the kiosk directed me to a Customs and Border Patrol agent who kept my passport and sent me to secondary inspection. There I quickly found myself surrounded by three armed agents wearing bullet proof vests. They started to question me aggressively regarding my trip, my current employment, and my past work for Mozilla, a non-profit organization dedicated to open technology and online privacy.

The agents proceeded to search my belongings and demanded that I unlock my smartphone and laptop. This was rather concerning for me. My phone and laptop are property of my employer and contain unreleased software and proprietary information. I’ve signed a non-disclosure agreement promising not to give anyone access.

Because I was uncertain about my legal responsibilities to my employer, I asked the agents if I could speak to my employer or an attorney before unlocking my devices. This request seemed to aggravate the customs officers. They informed me that I had no right to speak to an attorney at the border despite being a U.S. citizen, and threatened me that failure to immediately comply with their demand is a violation of federal criminal code 18 USC 111.

I’m not an attorney, and I have no prior experience with federal law enforcement, but I did study the U.S. Constitution as part of my citizenship test three years ago. I wasn’t sure what the legal definition of an unreasonable search and seizure was, but three armed men detaining me, threatening me, and refusing to allow me to consult with an attorney definitely felt like one.

I declined to answer any further questions, and continued to ask to speak to an attorney instead. The interrogation and threats continued for some time, which I endured silently. Despite initial threats that they would keep my devices if I didn’t unlock them, I was eventually permitted to leave the customs area with my devices. The customs agents did however keep my Global Entry card as a punishment for not complying with their demands.

As I have learned since, my experience was not unique. While CBP has a long history of mistreating foreigners, immigrants, and asylum seekers entering the US, more recently CBP has also started to aggressively question, unlawfully detain, and in some cases physically assault U.S. citizens crossing the border. These so-called border searches are not random. NBC recently reported that CBP maintains dossiers of U.S. citizens and targets lawyers, journalists, and activists, and monitors social media activity of U.S. citizens. My past work on encryption and online privacy is well documented, and so is my disapproval of the Trump administration and my history of significant campaign contributions to Democratic candidates. I wonder whether these CBP programs led to me being targeted.

If the government intended to scare me, they certainly succeeded. Ever since, I travel in fear. I’ve reduced my international travel and my heart pounds every time I go through U.S. customs. I will, however, not be silent.

When I became a U.S. citizen I swore to defend the Constitution. I’m a proud U.S. citizen and I take my oath seriously. It is in that spirit that I have filed a civil rights complaint with the help of the ACLU against CBP for unlawfully detaining me and violating my constitutional rights. The time is overdue for Congress to step in and provide meaningful oversight and legislation to reign in CBP’s egregious misconduct.