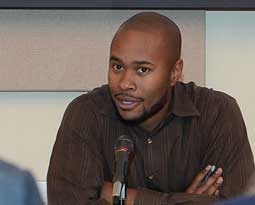 The Oakland Unified School District last week took the latest in a series of steps aimed at reducing interaction between district students and school district police officers that too often leads to overly-harsh discipline that pushes kids out of school and into the criminal justice system.

By requiring that parents be notified before any child can be interrogated by school district police on any Oakland school campus during school hours, Oakland became just the third district in the state, along with San Francisco and Pasadena, to ensure that parents have an opportunity to protect the rights of their children when facing police questioning.

School district staff is now required to “take immediate steps to get oral consent” from a student’s parent or legal guardian before releasing a student to police for interrogation. If a parent or guardian says they do not want their child questioned, OUSD staff is prohibited from releasing the child to an officer for questioning until his or her parent or guardian is present.

The move follows other key changes in recent months to the district’s policy regarding its police force that seek to protect its students, the vast majority of whom are students of color, from being needlessly ensnared by the criminal justice system for issues that are much better handled by school staff and administrators. Those changes include:

The changes seek to combat an increasing over-reliance on policing in Oakland schools that is driving out students of color and contributing to an educational crisis in the city.

The district’s efforts should be applauded as one example of how other school districts around the state and nation may help combat the school “push out,” or what many refer to as the school-to-prison pipeline, a national trend of disparate discipline and law enforcement contact among students of color that includes suspensions, expulsions, and arrest. Across the country, data shows students of color are often over penalized for non-serious misbehavior at disparate rates. The “push out” is the result of punitive policies that funnel these youth into the less than loving arms of the criminal justice system. Police contact with young people is one of the best predictors of whether a student will fail to finish school, be made to repeat a year, or possibly end up in the juvenile justice or criminal justice system. Even one arrest doubles a child’s chance of dropping out of school.

The jaw-dropping disparities are so stark that the federal government felt compelled to weigh in by issuing federal guidelines instructing school districts of policies they should follow in order to combat the school-to-prison pipeline phenomenon. These specific policies, issued last January, address the need for limited punitive measures and increased allocation of resources toward evidence-based approaches such as restorative justice and Positive Behavioral Intervention Supports (PBIS), shown to have a positive impact on all students, and improves the school environment. Hopefully other school districts and law enforcement agencies will follow the lead of Oakland and the recommendations of the federal government, by working aggressively to end the pipeline by implementing progressive policies that ensure all students are protected and encouraged to stay in school as opposed to being forced out.

Christopher Bridges is the Racial Justice Fellow at the ACLU of Northern California.