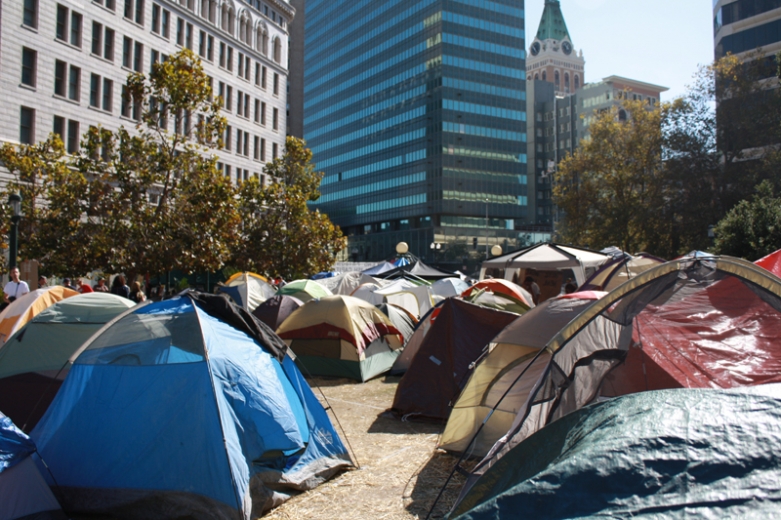 One year ago today, police fired tear gas, flash bang grenades and lead-filled bags into a massive crowd of Occupy Oakland demonstrators. The ACLU and the National Lawyers Guild sued the Oakland Police Department for its egregious constitutional violations against demonstrators during the October 25, 2011 and November 2, 2011 demonstrations. That lawsuit is ongoing.

Demonstrators are planning to gather in Oakland today. Remember this – excessive police force is never acceptable, especially when it's in response to political protests. With the Oakland Police Department facing the possibility of federal receivership for failing to make much-needed reforms, we hope that increased scrutiny will result in better response to the demonstrators. OPD could start with following its own crowd control policy.

OPD needs to learn how to respect demonstrations. It's unconstitutional and downright dangerous to shoot projectiles, be they tear gas canisters, lead-filled bags, or flash bang grenades, indiscriminately into crowds of mostly peaceful protesters. If a small handful people at a demonstration are engaging in illegal activity, police need to stay within the confines of the law and address those situations individually, rather than turning on an entire crowd. OPD is supposed to enforce the law, not break it.

The ACLU will be closely following the demonstration and OPD's response. It's disappointing that one of the largest national movements this country has recently seen became about police abuses. Hopefully demonstrators will have the chance to focus on the issues of economic inequality and injustice instead of having to deal with tear gas and flash bang grenades.

Rebecca Farmer is the Communications Director at ACLU of Northern California