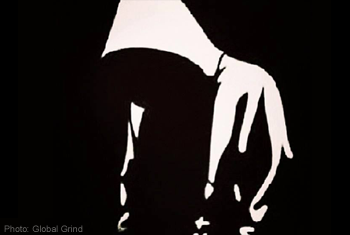 I just saw Fruitvale Station during opening weekend at the Grand Lake theater in Oakland. It's a [narrative film] about Oscar Grant, a black man yanked off a BART train and shot once in the back by a BART cop who later said, in a court of law, he thought his gun was a taser. [Spoiler Alert: Oscar's killer then gets away with murder.] I'm not making that up.

Oscar Grant, 22, was pulled from the train with his friends because there had been a fight and the police naturally assumed the young black men were responsible.

American neighborhoods are increasingly being policed by cops armed with the weapons and tactics of war, which is the way the BART cops stormed the train.

Racial profiling occurs when police target people for humiliating and often frightening interrogations, searches and detentions based not on any evidence of criminal activity but on individuals' perceived race, ethnicity, nationality or religion. That's just a long winded way of saying guilty until proven innocent.

The war on drugs (which, as we all know, has been and continues to be, an abject, abysmal failure) has now become a war on people of color.

There are more Black men in prison now than there were black people locked up during the height of apartheid in South Africa! And that's just in California. Sadly, that reality is a distant second to Latinos, who comprise the largest single group of inmates in the state. Same old story.

All day I was agitated; I kept thinking why? What's the point of this film? To open old wounds that will never fully heal? I'm in a sold out movie theater surrounded by people sobbing uncontrollably and yet I'm unmoved. Am I callous? Cold blooded? What the folks in the street call "hard." Not at all. I'm numb to it; black man shot by a white cop (or in the case of Trayvon Martin, a white wanna-be cop.) black boy dies, white man goes free.

Why does this keep happening?

As a black man living in Oakland, I grew up with racial profiling and I see it happen far too often. I'm not immune to it. I've had my head slammed repeatedly against the top of a patrol car because I had the audacity to continue talking after I was told to "…shut up!" I've continued telling policemen how "this is bullshit!" even with a shotgun pointed at me.

For the first time out the filmmaker does an extraordinary job with Fruitvale Station, technically. The film has been honored with several awards. Again, what's the point? I suppose so the white world can be reminded of and ask, "Why does this keep happening?"

But men of color don't need a reminder; it's our lived experience. Every single day. Like Oscar and Trayvon, we may never come home. Same old story.

David Moss is a former Criminal Justice Educator with the ACLU of Northern California.