The Overincarceration of America's Poor 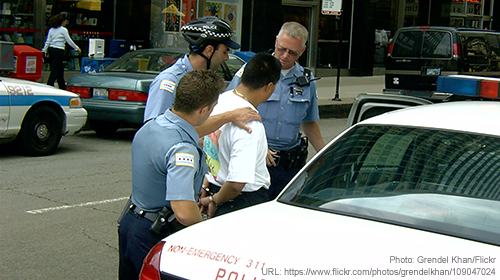 That's the number of people imprisoned in America's jails "on any given day," according to the Vera Institute of Justice's new report on America's swollen jail system. While too little attention has been paid to the size and deplorable conditions of our prisons, even less light has been cast on the ills of our nation's jails.

Stuck in jail and awaiting trial, the Vera report provides a sharp reminder that thousands of Americans – disproportionately people of color – are lost in the criminal justice maze without much hope of escape.

In theory, jails are meant to house narrow categories of arrestees: those considered too dangerous to release, those determined to be flight risks, and those serving a short sentence. (Though commonly conflated, prisons are different from jails in that they almost exclusively house people serving sentences of over one year.) Yet according to the report, 75 percent of people in jail are detained for nonviolent misdemeanors, namely small-scale drug possession, petty theft, or minor property damage. These are hardly the people we need to keep locked up.

Defenders of the status quo might think that the majority of our jail population is made up of people who have already been convicted. But that isn't the case either. In fact, 62 percent of people in jail have not yet been proven guilty. So if they're not dangerous, and they're presumed innocent, why are they languishing in a jail cell?

Too often, the answer is directly related to poverty, not public safety.

Insurmountable financial obstacles are key contributors to the rise in jail populations. For one, low-income defendants are often trapped by their inability to afford bail. Bail should not be used to punish people, and incarcerating people solely because they cannot pay for their release violates the 14th Amendment's equal protection clause.

Bail's primary purpose is to ensure that the accused appear in court, but bail figures often wildly surpass the amount needed to accomplish that goal. The Vera report notes that in New York City in 2013, "more than 50% of jail inmates held until case disposition remained in jail because they could not afford bail of $2,500 or less. Most of these were misdemeanor cases."

Furthermore, the average bail amount for felony defendants jumped 43 percent from 1992 to 2009, despite the absence of empirical evidence supporting the need for higher bail. What's worse, bail amounts are not necessarily set in relation to an individual's ability to pay; rather, they are often arbitrary and even, at times, unconstitutionally determined only by a fixed bail schedule.

Beyond bail, unfair fees and fines – and the rising trend of "offender-funded" justice – act as another set of bars keeping defendants locked up. A rash of state and local governments have responded to budget squeezes by forcing the costs of courts and jails onto defendants, charging them for services like room and board in jail, medical care, and even the use of a public defender. (These practices imitate those of privateprobation, detention, and bail bonds companies.) The people accused of crimes in state and local courts are often the people for whom these costs impose the greatest financial hardship.

Indeed, for many, poverty is at the root of their involvement in the criminal justice system in the first place, as shown in the Vera report, a recent ACLU lawsuit in Georgia, and elsewhere. As a result, an inability to pay these fees and fines needlessly keeps poor defendants in jail — or sends them back — while their richer counterparts walk free because they can afford proper representation. Adding to these injustices, as with so many criminal justice, economic, and social policies, the myriad problems with our jail system disproportionately harm communities of color.

The Vera report is chock full of local success stories and practical recommendations, from simply making fewer arrests to establishing pretrial diversion programs to reforming the burdensome monetary obligations discussed above. In addition, we can help reduce jail populations by strengthening indigent defense systems to ensure that anyone facing deprivation of their liberty is promptly afforded appointed counsel that can help them obtain release.

The loss of human capital as a result of our current system is too costly for America to bear – these people have the potential to be activists, educators, and parents. We should harness that potential rather than quashing it.

Most people in jail aren't dangerous, and they can be expected to show up to court. Yet every day tens of thousands of people – presumed innocent – are being incarcerated unnecessarily and unfairly while awaiting resolution of their case. With the right reforms, we save money, reduce the enormous harm caused by unwarranted detention, and lower our jail populations, allowing many of the 731,000 people waiting in jail right now to return to their homes and families.