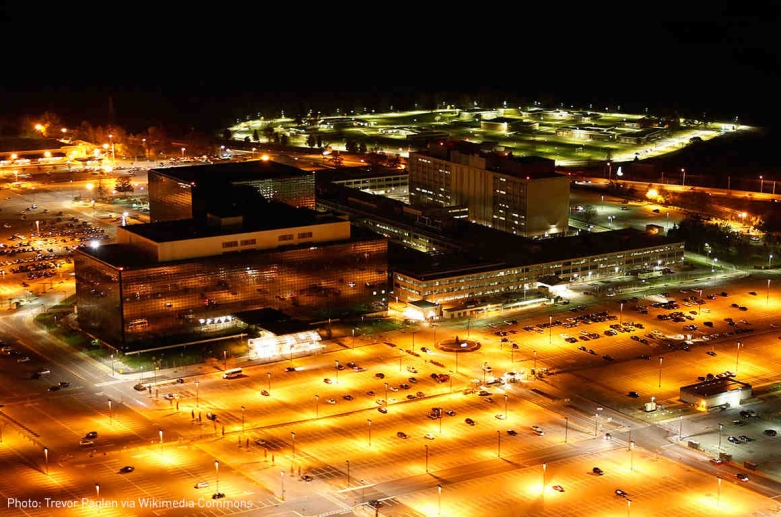 On January 20, President Obama will hand Donald Trump the keys to the surveillance state. Not only will Trump have the NSA’s incredibly powerful technological tools at his disposal, but he’ll also have the benefit of the overbroad and unconstitutional surveillance authorities embraced by the Obama administration — authorities that give tremendous discretion to executive branch officials.

These spying powers have long been cause for concern because they violate our core rights to privacy, freedom of expression, and freedom of association. But when wielded by a man who invited Russia to hack his political opponent, who reportedly eavesdropped on his own hotel guests, and who has called for expanded surveillance of Americans and especially American Muslims, they are all the more frightening. Fortunately, there are several ways to fight back against the surveillance state, including concrete steps you can take to protect yourself and your communications.

Here are two of the sweeping surveillance powers that President Obama is going to hand over to President Trump:

This is the primary authority under which the NSA conducts surveillance, and it encompasses a dizzying array of warrantless, high-tech spying programs. While much of this spying occurs outside the United States and is ostensibly directed at foreigners, vast quantities of Americans’ communications are nonetheless vacuumed up in the dragnet. That’s because, in today’s interconnected world, Americans’ communications are frequently sent, routed, or stored abroad — where they may be collected, often in bulk, in the course of the NSA’s spying activities.

For example, according to recent news reports, the NSA has relied on Executive Order 12333 to:

Despite its breadth, surveillance under Executive Order 12333 is not subject to meaningful oversight by the courts or by Congress.

This allows the government to warrantlessly monitor Americans’ international emails, web-browsing activities, and phone calls with the assistance of companies like Facebook, Google, AT&T, and Verizon. The government relies on Section 702 to carry out mass surveillance on U.S. soil, including both the “PRISM” and “Upstream” programs revealed by Edward Snowden.

These spying powers have long been cause for concern because they violate our core rights to privacy, freedom of expression, and freedom of association.

The law permits the government to spy on communications when one party to a phone call or internet communication is a foreigner abroad targeted by intelligence officials — even if an American is on the other end of the line. Surveillance under Section 702 may be conducted for many purposes — not just counterterrorism — and it may target people who are not suspected of any wrongdoing whatsoever.

The government collects hundreds of millions of communications under this law, which are then stored in NSA, CIA, and FBI databases. Despite the fact that the government obtains these communications without warrants, it still uses them in ordinary criminal investigations, betraying one of the core purposes of the Fourth Amendment.

The ACLU is currently challenging Section 702 surveillance in civil and criminal cases, and we’re also litigating Freedom of Information Actsuits to learn more about how the government interprets and implements its surveillance powers.

In the meantime, what can you do to protect yourself against these spying activities and others? There are a number of basic steps you can take to improve your digital privacy and safeguard your data. At a minimum, we recommend that you:

We’ve described these steps and others in greater detail here. The Intercept has also recently published a guide to surveillance self-defense.

We also urge you to get involved in the political process. For instance, Section 702 is set to expire next year, and Congress is already holding hearings on reauthorization. By signing up for ACLU action alerts, you can easily reach out to legislators as they consider whether to rein in President Trump’s NSA.

While there are still many unknowns about the Trump administration, one thing is clear: In the coming months, we’ll need you standing alongside us in the fight for surveillance reform.