Rescinding of Resolution a Victory for Religious Freedom in Calaveras County 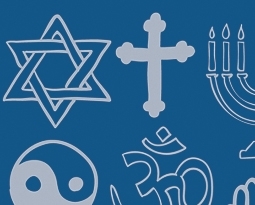 Today the Calaveras County Board of Supervisors unanimously voted to repeal a resolution that promoted one particular religious belief over all others. The vote is a resounding victory for the California Constitution’s requirement that the government remain neutral in all matters of religion. And it is a victory for the religious freedom of all Calaveras County residents.

This dispute began April 8, 2014 when the board voted to adopt a resolution recognizing a non-profit Christian ministry for “inviting [women] to test and see for themselves the many blessings that can come from living the teachings of Christ.”

In conjunction with more than 20 Calaveras County residents, the ACLU of Northern California submitted a letter to the board asking it to repeal the resolution or just the part of it that promotes a specific religious belief. In response, the board agreed to put the repeal of the resolution on the agenda, but it ultimately decided to re-adopt a resolution containing the same unconstitutional language.

However, after the ACLU filed suit on behalf of nine Calaveras County residents, the board had a change of heart. Today the board did the right thing by repealing this unconstitutional resolution.

This reaffirms the principle that regardless of their religious beliefs, all Calaveras County residents are equals when coming before the county board of supervisors. The constitutional prohibition on government endorsement of particular sets of religious beliefs helps ensure that all persons are free to exercise the religion or their choice, or no religion at all.

Novella Coleman is a staff attorney with the ACLU of Northern California.