Spread California Love for the Defiant Ones 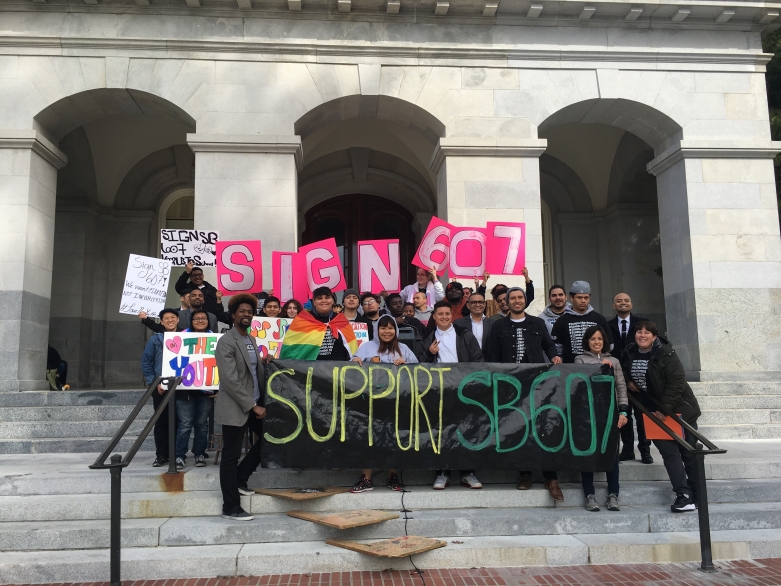 I’ve posed this statement to school administrators across the country after they’ve used it to kick students out of school. Some for dancing, breaking the dress code, or not paying attention. I myself had this experience. One of my earliest school memories is of being deprived of my right to an education after I wrote a curse word on a classwork assignment. I returned from school a week later and spent the rest of my first grade year trying to catch up with my classmates.

Indeed, there are countless student behaviors requiring a response. As a former educator, I also know the response itself is what makes a difference.

Right now, in California, there are 24 different reasons to suspend students from school, in addition to the broad “disruption or willful defiance” category. This subjective category must be abolished. It’s a catch-all category that punishes students with disabilities and students of color at alarmingly disparate rates.

Governor Jerry Brown just devoted a significant increase in funding to schools to allow for evidenced-based supports like restorative justice and Positive Behavioral Intervention and Supports. But investing money in the classroom isn’t enough if we’re suspending hundreds of thousands of students each year.

That’s why I’ll be at Gov. Brown’s doorstep with youth, organizers, parents, and advocates this week after traveling on a 440+ mile caravan. We are driving from Southern California to Sacramento to call on the governor to support a state bill that will encourage schools to find ways to keep students in the classroom, not kick them out.

We need SB 607 (D-Skinner) to protect California students from discriminatory and harmful school climates. The bill would make sure that all students get a quality education regardless of who they are. Specifically, SB 607 will eliminate the use of suspension and expulsion for minor offenses covered under the “disruption or willful defiance” category for California K-12 students.

We need a more inclusive and long-lasting fix to keep our students in the classroom where they belong. This is one of the most pressing civil rights issues of our time.

Just take a look at California suspensions by the numbers and judge for yourself:

Join us in calling on Gov. Brown and state lawmakers to support SB 607 to make sure our education system respects and educates ALL students – even the “defiant” ones. Add your name.

Amir Whitaker is a Staff Attorney with the ACLU of Southern California and former educator.