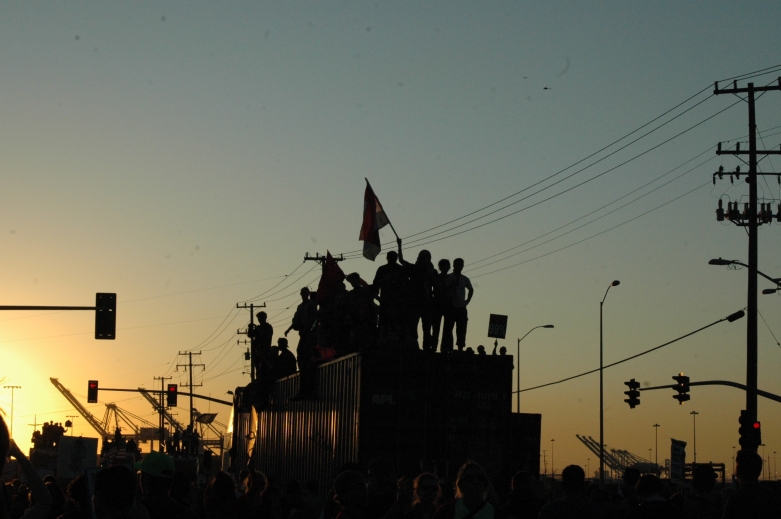 Why is the FBI spying on Occupy protesters? We are determined to find out.

The ACLU of Northern California and San Francisco Bay Guardian today filed a Freedom of Information Act lawsuit against the FBI to find out whether and to what extent the feds have been spying on members of the Occupy movement. Although the right to protest goes to the heart of our democracy, and the FBI exists to keep us safe, the FBI has a perverse history of interpreting its mission to mean that it can spy on political activists, including Martin Luther King, Jr.

Last fall, the grassroots protest movement Occupy Wall Street - or simply "Occupy" - swept the nation. Originating in New York, prominent Occupy movements sprung up all over Northern California. But the law enforcement response was swift and brutal, as police showered protesters with exploding projectiles, batons, and pepper spray. (The ACLU-NC is currently suing UC Davis over its pepper spraying of peaceful student protesters, and is also partnering with the National Lawyers Guild in suing the City of Oakland over the violent crackdown on Occupy Oakland.)

Last fall's law enforcement response was also coordinated, with simultaneous crackdowns across the country in November 2011. As the San Francisco Bay Guardian and other media outlets reported that month, a non-governmental law enforcement group called "PERF," or the Police Executive Research Forum, coordinated conference calls with big city mayors and police chiefs to advise them on policing matters and the response to Occupy. More recently, documents obtained by the Partnership for Civil Justice Fund show that the Department of Homeland Security was engaged in nationwide monitoring and surveillance of the Occupy movement.

But we also have reason to believe that the FBI has been involved. Just days before the inaugural Occupy Wall Street protest on September 17, 2011, the FBI issued this Intelligence Bulletin, labeling the now-iconic Occupy Wall Street image as a "Propaganda poster." Why is the federal government spying on protesters? And just what arms of the federal government are involved? These are just some of the questions our lawsuit hopes to answer.