Stay Away Orders Against Protesters Are Unconstitutional 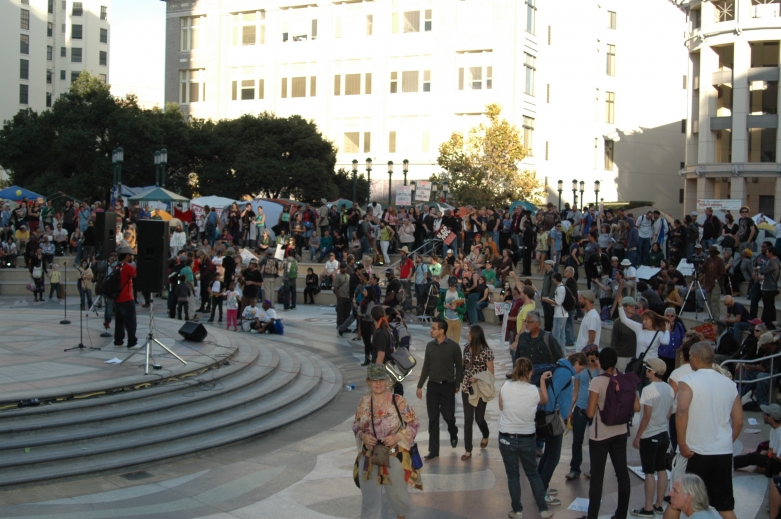 You don't lose your First Amendment rights because you have been arrested at a previous demonstration. Censorship in anticipation of possible illegal conduct in the future isn't just creepy, it's also unconstitutional and just plain wrong.

In this country, it's unacceptable to keep demonstrators out of the public square because the government thinks they might engage in illegal conduct in a future demonstration. Courts have made clear that there is a special value to being able to speak in front of the seat of government authority, be it the White House or City Hall.

In this instance, the government has failed to show that the orders are necessary to serve any purpose. The orders are also overly-broad and vague.

In a recent San Francisco Chronicle Op-Ed, the Alameda County District Attorney admitted that she sought the orders in part because of her perception that the demonstrators are anti-police and anti-government. That is viewpoint discrimination, which also violates constitutional guarantees of equal protection.

The rights to speak, to assemble for demonstrations and protests, and to petition the government are among the most fundamental protections guaranteed by our state and federal Constitutions. They are also the fundamental building blocks of our democracy. Seeking to prohibit certain protesters from demonstrating in front of, or coming near, City Hall undermines these rights and values.

Know Your Rights - Free Speech, Protests, and Demonstrations in California

Michael T. Risher is a staff attorney with the ACLU of Northern California