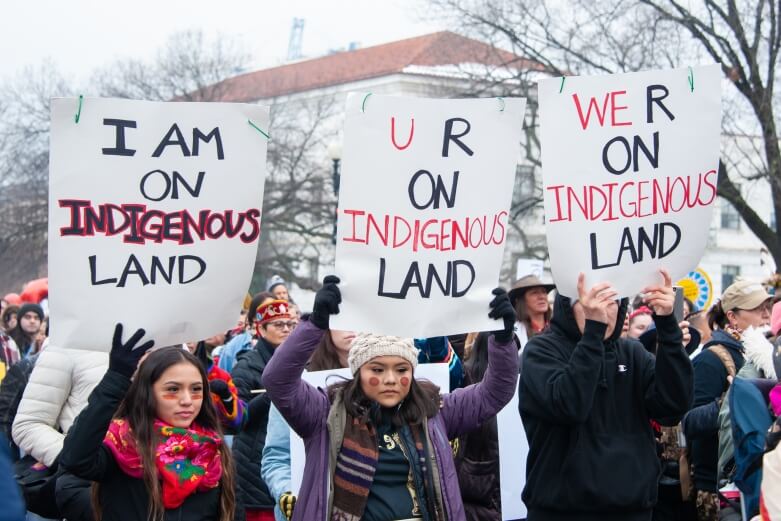 Tribal sovereignty is once again under attack. In June, the Supreme Court issued a devastating ruling in Oklahoma v Castro-Huerta, giving states unprecedented power to prosecute crimes in Indian country at the expense of Indigenous people and tribal sovereignty.

While we are all still reeling from the Supreme Court’s ruling to overturn the right to abortion and other SCOTUS decisions from the last term, this, too, is a significant ruling with far-reaching implications for tribes and Indigenous communities in California and across the nation.

The power of tribes to create and be governed by their own laws is at the center of tribal sovereignty. This sovereignty – while affirmed through treaties and other laws – is inherent. Tribal nations existed long before the creation of the United States. The Castro-Huerta decision undermines tribal sovereignty by allowing a state government to exercise jurisdiction – that is, enforce the state’s laws – on tribal lands in some instances. While the Castro-Huerta case originated in Oklahoma, the ruling applies to all states and tribes in the US and its potential long-term harm certainly will impact tribes in California. “To put it bluntly, this decision is an act of conquest. And it could signal a sea change in federal Indian law, ushering in a new era governed by selective ignorance of history and deference to state power,” said Elizabeth Reese, Yunpoví, Assistant Professor at Stanford Law School.

Tribes can do incredible things when their inherent sovereignty is respected and recognized. The Yurok Wellness Court, which offers a restorative justice path for tribal citizens in a manner that reflects and upholds Yurok traditions and values, is a model for alternatives to the current criminal justice system. Tribes on California’s North Coast have created culturally relevant and responsive curricula that include Indigenous histories, languages, cultures, and worldviews. Tribal sovereignty protects the rights of tribes to preserve their unique cultural and religious identities, to make decisions about their children's welfare and education, and to live by their own system of laws, both civil and criminal.

The language in Castro-Huerta and the 5-4 vote are particularly troubling in light of other threats to tribal sovereignty, and to the very existence of Tribal Nations, pending before the court. In October, SCOTUS will hear arguments in Brackeen v Haaland, a case challenging the constitutionality of the Indian Child Welfare Act (ICWA). Throughout history, a rapacious United States government intent on seizing and plundering Indian lands ruthlessly exploited, attacked, and forcibly removed Indian children from their communities as a means to undermine tribes' right to self-determination, eradicate tribes, and destroy Indigenous peoples’ future. By the 1970s, as a result of centuries of U.S. policies of genocide and assimilation, state welfare agencies and private adoption agencies were removing around 25-35% of Native American/Alaska Native children from their homes and placing 85% of those children in families outside of their communities and tribes. ICWA was passed in 1978 to protect the best interest of Indian children, their families, and tribes by prioritizing the placement of Indian children in their respective tribal communities. Tribal sovereignty— tribes right and ability to preserve their unique cultural identities, raise their own children, and live by their own system of laws— is the issue at the heart of Brackeen.

It appears that the majority of the justices have little understanding of, or respect for, federal Indian law or tribal sovereignty. The ruling in Oklahoma v Castro-Huerta reminds us of the far-reaching impacts of colonization as an ongoing experiment, as the settler-colonial state continues to grab power relentlessly and attempts to eradicate Indigenous peoples.