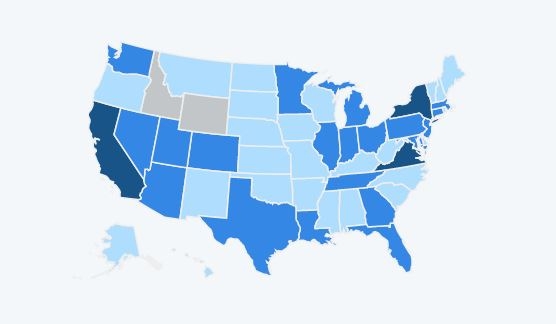 Law enforcement agencies routinely send demands to top tech companies for access to sensitive user records. These demands can run the gamut – from legitimate demands in which law enforcement has a warrant and is investigating an actual crime, to troubling and inappropriate demands that intrude on civil liberties, like demands that target activists for surveillance. The government refuses to disclose exactly how many demands it makes.

But companies like Twitter, Google, Facebook, LinkedIn, and Uber are helping to fill that gap by publishing transparency reports that keep track of government demands. Over the years, these reports have continued to improve.

Twitter’s latest Transparency Report takes another step forward by providing county-specific data (for California only, at least this time around) to give much-needed exposure to demands by local law enforcement. We hope that Twitter will continue to expand its coverage of local demands and that other companies will follow in its footsteps.

County-level data on local government demands for account information is incredibly useful for Twitter users and the public at large. This data helps community members gauge whether their local authorities’ demands are outliers in comparison to other counties, and allows community members to hold local elected officials who control these practices – primarily district attorneys and sheriffs – accountable. As explained by our Hey, Meet Your DA! Campaign, DAs and sheriffs have enormous influence over the extent to which local law enforcement respects personal privacy, including how aggressively government demands are made to companies.

So what can we learn from Twitter’s latest transparency report? Here are some takeaways:

Of course, we need to recognize the limits of this data. We know how many requests each county made but not how many users were affected, since each request can apply to multiple user accounts. And many of the numbers are so small that they should not be given too much weight.

But as Twitter and other companies expand their transparency reports to provide more county-level data, we will be able to identify significant trends in local government requests over time. For example, how frequently does Alameda County DA demand user data from Facebook? Or how many demands does the LA County Sheriff issue to Instagram? Reports that provide the number of impacted user accounts, the types of demand (subpoenas, court orders, or search warrants), and the number of partially or wholly rejected demands could be eye-opening. And, of course, we hope to see county breakdowns across the country, not just in California.

But for now, thanks to Twitter’s transparency report, California counties have at least some data on local government demands for information. We hope other companies quickly follow Twitter’s initiative and provide county-level data within their transparency reports. However, once the reports are published by companies, it is up to us to use these transparency reports to hold our local elected officials accountable for protecting our privacy.

Nidhi Narielwala is a Technology and Civil Liberties Intern with the ACLU of Northern California.