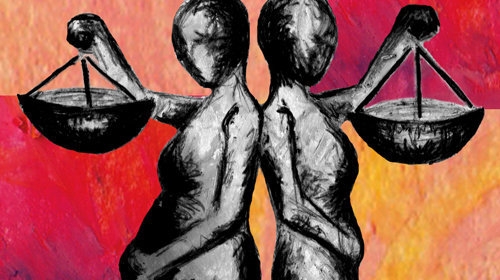 Emily Herx never imagined that she could lose her job for trying to get pregnant. But after working for more than seven years as a literature and language arts teacher at a Catholic school in Indiana, she was shocked to learn that her teaching contract would not be renewed: All because the in vitro fertilization (IVF) treatment she was undergoing in an attempt to have a second child made her a "grave, immoral sinner" in the eyes of her religious employers.

Emily filed a federal lawsuit against the school and the local diocese for sex discrimination, pointing out that they had never fired a man for his involvement in infertility treatment. Her former employers responded by arguing that they should be exempted from federal anti-discrimination laws because their decision to fire Emily was motivated by sincerely held religious beliefs. Fortunately, the court held that religious schools do not have blanket permission to discriminate against lay teachers and allowed a jury to hear Emily's case.

After a four-day trial, the jury found that the school and diocese discriminated against Emily on the basis of sex and awarded her $1.9 million in damages. This resounding victory for women's equality should send a message to employers everywhere that they cannot use religion to justify discrimination. And we owe it all to Emily's decision to stand up for her rights.

As Emily herself wrote in a blog post for the ACLU:

"The emotional strain of infertility treatments, the loss of a job I loved so dearly, and my involvement in this case have all taken a toll on my family, my friends, and me. While I am grateful for the outpouring of support I have received from individuals across this nation, this has been a challenging and traumatic road. However, it is important to me to right the wrong that has been done when the Diocese and school discriminated against me."

We all have a right to our beliefs, but the fundamental right to exercise religion is not an excuse to discriminate against others. That is why the ACLU works tirelessly to end the use of religion to discriminate.

Brian Hauss is a Legal Fellow with the ACLU's Speech, Privacy & Technology Project.