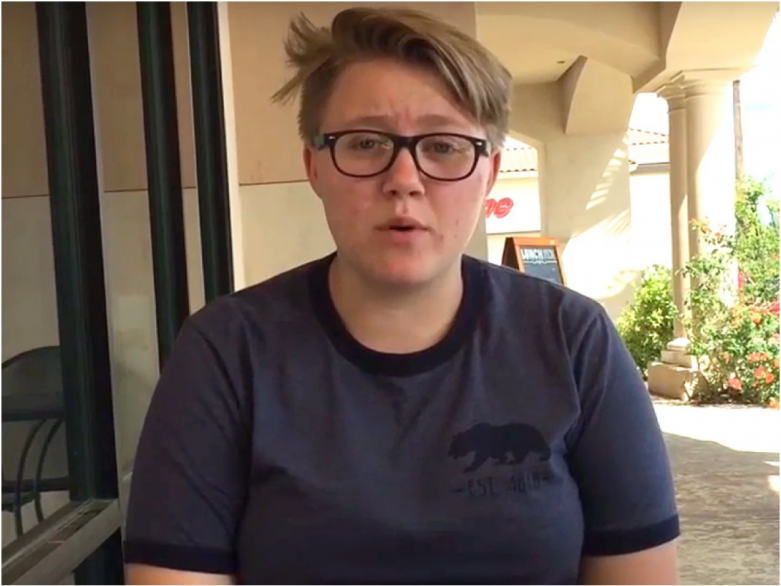 A prom controversy reached a happy conclusion today when the Shasta Union High School District agreed to let a 16-year-old student and her girlfriend be voted prom king and queen at the upcoming festivities this weekend.

Recently, the student body at Foothill High School in Palo Cedro (just east of Redding) cast initial votes for prom royalty. Among the top votes were Hayley Lack and her girlfriend. But the school said it couldn’t let a lesbian couple become prom king and queen even if they received the most votes. The principal told the girls that only a boy and a girl could win the “traditional” titles of king and queen so the contest would be fair to both genders. Hayley and her girlfriend were upset to learn they couldn’t win as a couple.

Hayley decided to take action. She reached out to the media to tell her story and began circulating a petition. She and her girlfriend got 500 signatures in three days. The couple received overwhelming support from fellow students who demanded the school change the voting process so that same-sex couples could win together.

When that didn’t happen, the ACLU of Northern California wrote a letter to the principal informing him that the school policy violated the constitutional and statutory rights of gay and lesbian students. We reminded him that the high school’s decision to prevent the lesbian couple from running for prom royalty together was clearly a free expression issue. It prevented the expression of a sexual orientation, a statement of equality for same-sex couples, and a challenge to traditional gender roles. Because the school let straight couples run together for these positions, it was also discrimination based on sexual orientation and gender identity.

Today, an attorney for the Shasta Union High School District wrote back saying the district was unaware of the policy cited by the principal that would have denied the couple a chance to be prom king and queen. The letter said: “Any statements made that suggest the exclusion of Ms. Lack from being a candidate for prom king due to her gender are contrary to district policy and are not reflective of what the Superintendent has directed to happen.”

Hayley has our vote! Happy prom!

Leslie Fulbright is a Communications Strategist with the ACLU of Northern California.