Why Did the Government Search an Artist’s iPhone at the Border? 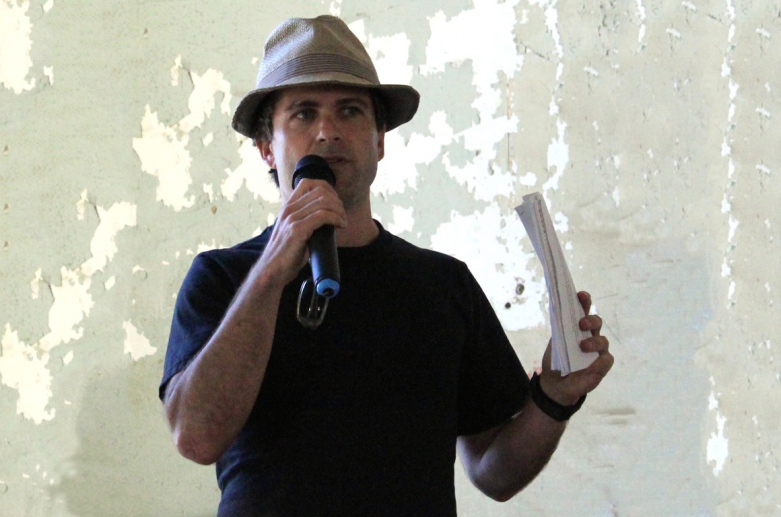 In late February, Aaron Gach was returning to the United States from Brussels. An artist and activist, he had been abroad exhibiting works about mass incarceration, government control, and political dissent. In his pocket was a smartphone.

During a customs inspection at San Francisco International Airport, officers with Customs and Border Protection forced Aaron to submit to an interrogation and a search of his phone, despite no apparent justification. Today, we filed an administrative complaint on Aaron’s behalf that challenges the unconstitutional search and asks for a review of CBP's flawed device search policies and practices.

As with most smartphones these days, Aaron’s held his private correspondences; contact information for his family, friends, and colleagues; and social media applications rich with sensitive data. His phone also contained information about his social and political activism — including the fact that he had installed the ACLU’s Mobile Justice app. All of this information would be easily accessible to anyone with access to his unlocked phone.

None of this was on Aaron’s mind before CBP officers pulled him aside. But there he was, in an examination room behind closed doors, where two officers extensively interrogated him. They asked what kind of art he produces, how and where he travels for his art, and for the contact information of his art-world associates. Then the officers turned their focus to Aaron’s smartphone, an iPhone SE.

The officers repeatedly “requested” that Aaron unlock his phone and submit it for a search. They told Aaron that they could seize and retain his phone for an “indeterminate” amount of time if he refused to unlock it. They also suggested CBP had downloaded the information from the phones of other travelers who had refused to unlock devices. Aaron did not consent to the search, but feeling he had no meaningful choice, he unlocked his smartphone and handed it to the officers. They took his phone behind a dividing wall and out of view for almost 10 minutes before returning it.

In doing so, the CBP officers violated Aaron’s constitutional rights.

Searches at the border must comport with the Fourth Amendment, and as the U.S. Supreme Court made clear in Riley v. California, the privacy rights afforded by the Constitution absolutely extend to the information on a cell phone. Yet the government maintains that it can search travelers’ electronic devices at the border without a warrant, probable cause, or any justification at all.

In Aaron’s case, CBP already had his U.S. passport and other documents proving his admissibility to the United States. Given that border agents lacked any apparent suspicion that his phone held contraband, the grounds for the search simply didn’t exist. And since Aaron’s cloud-based data wasn’t being transported across the border — but is accessible wherever there is internet access — it was well outside CBP’s authority. As a result, the suspicionless search of Aaron’s device was unjustified and unconstitutional.

Unfortunately, Aaron is hardly alone in being forced to submit to an unconstitutional device search while entering the United States. The government claims broad authority to search digital devices at the border. Recently these searches have increased at a rapid rate: The Department of Homeland Security estimates that CBP officers searched 2,700 devices in January and 2,200 in February alone, putting it on pace to easily exceed the 19,000 devices they searched in all of 2016.

And CBP’s policies contain no safeguards to prevent unconstitutional searches like Aaron’s: They do not require a warrant or probable cause to search a device, and they also lack guidance to ensure that even searches are not unreasonably sweeping and broad. As a result, CBP officers can examine communications, web browsing histories, information in social media accounts, cloud-based files, and even personal health apps within the scope of CBP’s own rules.

To make matters worse, CBP officers appear to have violated what policies they do have. CBP officers refused to let Aaron view their search of his phone, as agency rules require. Aaron does not know what the officers examined and whether they accessed or retained private information unrelated to their mission. Nor does he know if they kept copies of his data. (We have asked about retention in a separate request sent to the government.) Officers also provided incomplete information about the consequences of refusing to submit to a search.

Aaron’s complaint is just one round in our ongoing fight to make the government recognize that the U.S. Constitution applies with full force at the border. The ACLU also submitted a Freedom of Information Act request to CBP today demanding information about its compliance with a 2013 appeals court decision that imposes limits on device searches. Last month, we filed an amicus brief in federal court arguing that the government must obtain a warrant, or, at a minimum, have probable cause to conduct these searches. And we are supporting a bill by Sen. Ron Wyden (D-Ore.) that would codify these standards and impose additional safeguards on such searches.

The border is not a Constitution-free zone. Customs and Border Protection must change its digital device search policies and practices to recognize this fact. If they don’t, we’ll be challenging them in court.

Know Your Rights: Can border agents search your electronic devices?