A Win for Transgender Students You May Have Missed 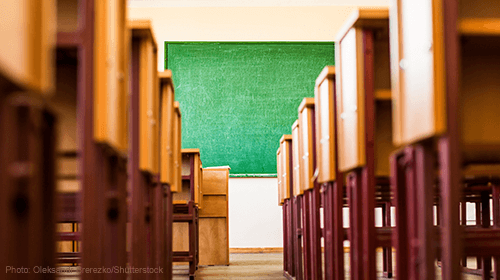 On Dec. 1, the Department of Education released a long-awaited, much-needed guidance for elementary and secondary schools that offer or want to offer single-sex classes.

Included within the guidance was an important protection for transgender students that should not be overlooked. The guidance makes clear that transgender students must be allowed to participate in single-sex classes consistent with their gender identity (in other words, consistent with who they are). This latest positive breakthrough builds on guidance released earlier this year that made it explicitly clear, for the first time, that Title IX extends to claims of discrimination based on gender identity.

The need for this latest guidance could not have been clearer.

As the ACLU has repeatedly documented, and fought, far too many single-sex programs are based on discredited "science" that is rooted in outdated and harmful gender stereotypes. For example, teachers have been instructed that girls should not have time limits on tests because, unlike boys, girls' brains cannot function well under these conditions. On the flip side, teachers have been told to firmly discipline boys who like to read by requiring them to spend time with "normal males" and to play sports.

These kinds of sweeping generalizations are especially harmful to students who do not conform to rigid gender stereotypes, including LGBT students. Indeed, such generalizations and stereotypes are precisely the sort of discrimination that Title IX was intended to eliminate more than four decades ago, and they should have no place in our public education system today. The guidance released on Monday makes clear that schools cannot rely on these kinds of harmful stereotypes.

These recent actions from the Department of Education are important steps forward, but there is still more to do. The Department of Education should release comprehensive guidance for schools nationwide explaining how Title IX protects transgender and gender nonconforming students from discrimination and what steps schools need to take to be in compliance with the law and meet their obligations to these students.

All students deserve the opportunity to attend school free from discrimination because of who they are, including stereotypes about how "normal" boys and girls learn.