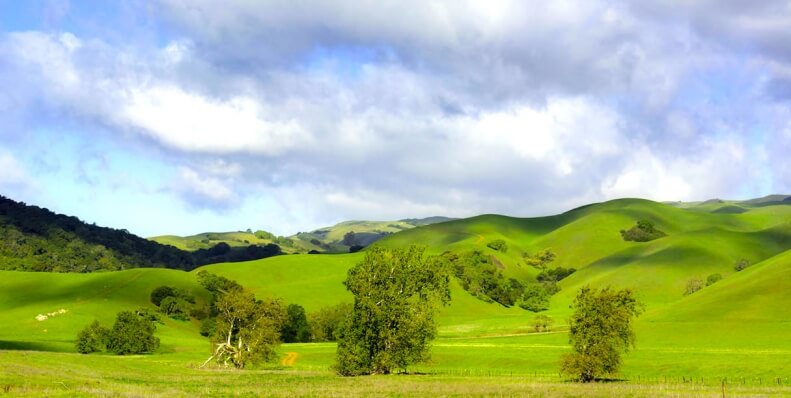 Juristac is the heart of the Amah Mutsun Tribal Band’s ancestral lands and one of the Tribe’s last remaining sacred sites. For thousands of years, the Amah Mutsun lived in a relationship of respect and reciprocity with the land. The Amah Mutsun people held ceremonies integral to their existence as a people at Juristac until they were forcibly removed, often into indentured servitude, through the Mission system.

Today, Juristac is one of the Bay Area's most critical wildlife corridors, connecting the Santa Cruz Mountains and the Diablo Range to the east and the Gabilan Range to the south. Juristac is home to a host of rare, threatened, and endangered species that are essential to the long-term balance and health of the region.

The Debt Acquisition Company of America, current landowners of Juristac (which they refer to as “Sargent Ranch”) are seeking permits to turn the site into a 320-acre open-pit sand and gravel mine. The mine would operate for 30+ years, raze the landscape and dig hundreds of feet into the earth, and pump approximately 76,000 gallons of water out of the ground every day. Instead of critical and endangered wildlife, trucks hauling materials and waste would traverse the land. A mine would irreparably damage Juristac and replace its sacred hills with empty craters visible from every direction.

The Amah Mutsun envision a future for their land where people may once again drink safely from the waters, harvest food from healthy fisheries and forests, conduct sacred ceremonies, honor those who have passed, and live in harmony and connection to the natural landscape.

Protecting sacred land and restoring indigenous sovereignty are foundational elements of the greater movement to confront and dismantle legacies of colonialism. This is not the first time that the Amah Mutsun’s sacred sites have been threatened. This most recent attempt to destroy their land is a continuation of centuries of injustices against the Amah Mutsun people, and an extension of the broader displacement of Indigenous people in North America.

Why this is an ACLU Issue:

The ACLU supports and defends the rights of all Native American peoples to retain their specific and unique cultural and religious traditions and practices. The future existence of Tribes across our country, including the Amah Mustun Tribal Band, depends ultimately upon secure and permanent land bases, and the right of self-determination that is necessary to preserve traditional customs and ways of life. Self-determination, religious freedom and cultural survival are intimately tied to the protection of sacred sites; there can be no religious freedom if the foundation for the practice of the religion in question has been destroyed.

The Santa Clara County Board of Supervisors holds the fate of Juristac in their hands. They hold the power to decide if Juristac will be looted for sand and gravel - or protected for future generations.

We urge residents to stand in solidarity with the Amah Mutsun Tribe and the Protect Juristac Coalition to call for the protection of Juristac and support a new vision for its future.

Our voices are critical – please join ACLU NorCal & the Protect Juristac coalition in sending a clear, strong message to Santa Clara County decision makers that the public is against with the destructive cultural and environmental impacts of this proposed mine. This showing of broad community support is of critical importance to our collective efforts to ensure that the mining permit is ultimately denied.

We urge residents to stand in solidarity with the Amah Mutsun Tribe and speak up for the protection of Juristac and a new vision for its future. The following actions demonstrate to the Santa Clara County Board of Supervisors that the public stands with the Tribe:

Tell the Planning Commission and the Santa Clara County Board of Supervisors to deny the permits for this project. (LINK)

Please join ACLU NorCal & the Protect Juristac campaign by submitting your own comment letter to the Santa Clara County Board of Supervisors before September 26th. EVERYONE can send in a comment because this impacts us all, regardless of where we live.

About: Join the Amah Mutsun Tribal Band and Green Foothills for an inspiring online event to learn how we can protect sacred landscapes and critical wildlife habitat from industrial development.

Work with your organization or community group to submit a letter of opposition to the mine, examples here (LINK)