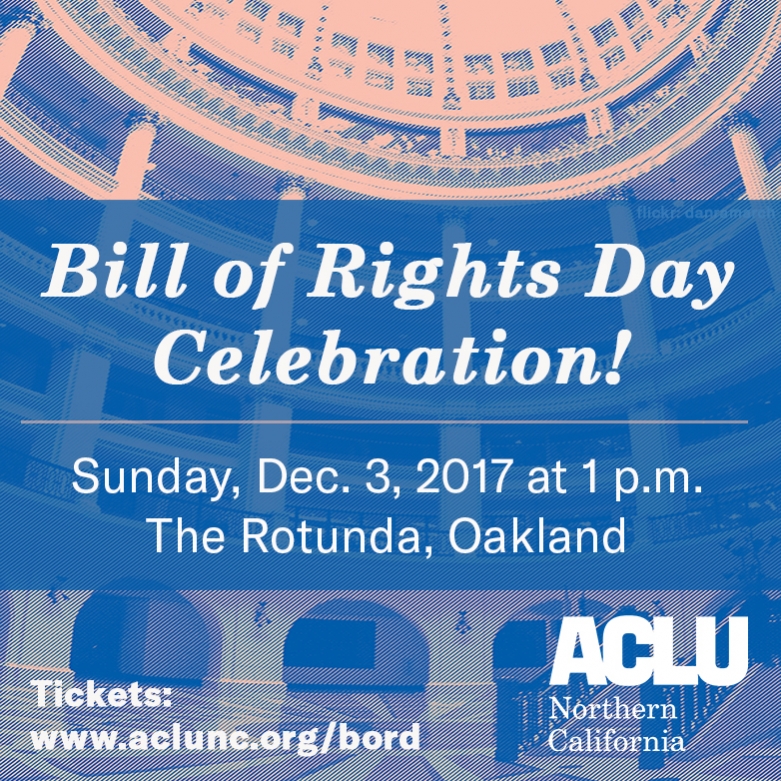 Come celebrate with us at our annual Bill of Rights Day in Oakland!

President Trump has recklessly been using his power to undermine basic civil liberties in an all-out assault on the U.S. Constitution. And the ACLU is fighting back — through the courts, through the legislature, and through grassroots organizing — against the government’s attempts to strip people of their rights.

We’ve already had some big victories, like the passage of a ‘Sanctuary State’ law, the California Values Act, which untangles state and local police involvement with immigration enforcement.

The Bill of Rights has never been more important, or more worth celebrating. Help us recognize bold leaders in our movement and celebrate a year of civil liberties successes! This year’s honorees include:

After the program, join us for a reception and enjoy appetizers and an open bar.

Getting to Bill of Rights Day

Taking BART to the event? Get off at 12th Street BART.

There are several parking options, which include street parking and a parking structure, commonly known as the Rotunda Garage, located at 529 17th St, Oakland, 94612 — one block away. Parking is $5 per vehicle.