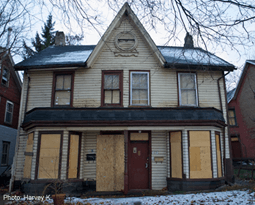 San Francisco – The American Civil Liberties Union and the Center for Popular Democracy today filed a lawsuit under the Freedom of Information Act (FOIA) to compel the Federal Housing Finance Agency (FHFA) to provide details about the agency's relationship with the financial industry and its efforts to block municipalities from using eminent domain to prevent foreclosures.

Banks have foreclosed on millions of homes, and vast numbers of homeowners remain at risk of losing their homes to foreclosure because their mortgages are “underwater,” meaning homeowners owe more than their properties are now worth. Communities with large African-American and Latino populations such as Richmond, Calif., and Irvington, N.J., have been particularly hard hit.

“For years, communities of color across the nation were targeted by banks peddling subprime toxic mortgages, greatly contributing to the current foreclosure crisis,” said Udi Ofer, executive director of the ACLU of New Jersey. “Now communities are responding by considering novel approaches to help save their neighborhoods. Municipalities should be able to consider all of their options.”

Some municipalities are exploring eminent domain as a tool that could help homeowners remain in their homes, bolster neighborhoods and maintain property values for all homeowners.

"If eminent domain can be used in blighted neighborhoods to seize property that will be turned over to private developers, then eminent domain should also be available to help homeowners stay in their homes and to stabilize neighborhoods," said Rachel Goodman, staff attorney with the ACLU's Racial Justice Program.

Richmond, for example, has offered to purchase securitized underwater mortgages so it can re-issue new mortgages for the homeowners on terms that reflect the current value of their homes. If the owners of the securities refuse to sell at fair market prices, the city proposes to use eminent domain to buy them.

The FHFA has responded by threatening legal action against Richmond or any other city that uses eminent domain to reduce mortgage principals and by threatening to deny credit to people seeking mortgages in those communities. In October, community groups filed a FOIA request seeking information about the nature and substance of the FHFA's exchanges with the financial industry on this issue. The agency never responded, leading the groups to file suit.

"The FHFA has taken an aggressive stance on this issue in a way that has harmed minority communities. The public deserves to know why," said Linda Lye, staff attorney with the ACLU of Northern California.

The complaint, Alliance of Californians for Community Empowerment, et al. v. Federal Housing Finance Agency, was filed in the U.S. District Court for the Northern District of California. It was brought by the ACLU, the ACLU of Northern California, the ACLU of New Jersey, and the Center for Popular Democracy on behalf of a number of community groups across the country.

“Communities are trying to get back on their feet after one of the country's most devastating economic recessions," said Ady Barkan, staff attorney with the Center for Popular Democracy. "Struggling families need options, not threats. As cities explore solutions that can work for them, the FHFA should be encouraging programs to end the foreclosure crisis, reduce debt, and rebuild our economy, not clamping down on them. And it should be transparent with the American people about its relationship with the financial industry."

The complaint is available here.