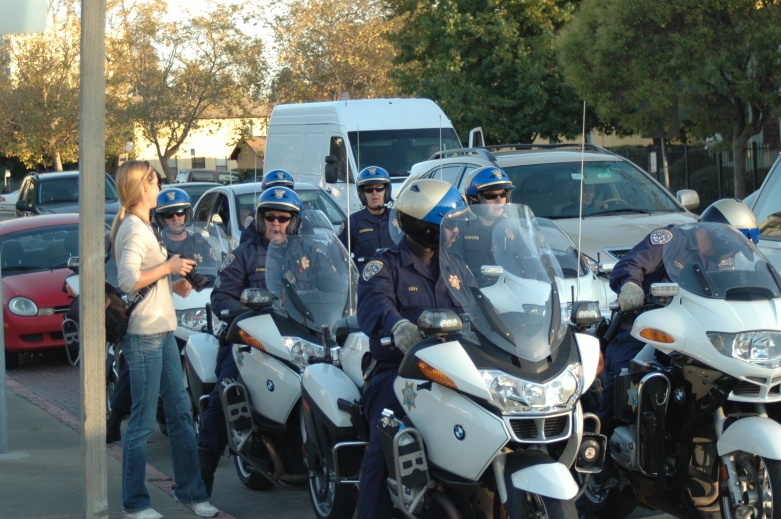 Today, the American Civil Liberties Union of Northern California (ACLU-NC) and the San Francisco Bay Area Chapter of the National Lawyers Guild (NLG) demanded that the Oakland Police Department (OPD) explain if it plans to abandon its Crowd Control Policy, in favor of vague standards that fail to provide specific guidance to officers in the field and that invite a repetition of last fall’s botched handling of Occupy protests. OPD’s Crowd Control Policy provides essential guidance that aims to ensure demonstrators’ rights.

The statement is troubling because it is unclear whether OPD intends to abandon its existing Crowd Control Policy in favor of POST guidelines. POST, or the Commission on Peace Officer Standards and Training, has adopted guidelines for crowd management that contain only very vague and general standards, which fail to provide officers in the field with clear guidance or to prohibit any specific, dangerous tactics which OPD has a history of using.

“Even with clear directives in place last fall, OPD dramatically mishandled its response to the Occupy protests,” said ACLU-NC staff attorney Linda Lye. “If OPD eliminates important prohibitions against specific tactics from its Policy and replaces them with vague standards, it will invite a repetition or worse, rather than prevent a recurrence, of what happened last fall.”

“OPD and the Oakland City Attorney have repeatedly acknowledged that OPD is bound by the court approved Crowd Control Policy. It's unclear why the police seem to think they can abandon it now, unless they are simply trying to deflect attention from the fact that OPD’s response to Occupy has violated nearly every aspect of its own Policy,” said NLG lawyer Rachel Lederman, counsel on the prior and current lawsuits against OPD.

Protest activity is planned for May 1, 2012. The ACLU-NC and NLG have therefore demanded that OPD immediately explain whether it continues to adhere to the Crowd Control Policy or if has instead abandoned them for the more vague POST guidelines, in violation of the federal court order.

On October 25 and November 2-3, 2012, OPD and assisting agencies responded to two Occupy Oakland protests by blanketing crowds of peaceful protesters with flash bang grenades, lead-filled shotbags, “pepperballs,” and tear gas, resulting in widespread injuries. OPD’s response to these protests, the subject of a pending lawsuit brought by the ACLU-NC and NLG, systematically violated its own Crowd Control Policy, which articulates important crowd management principles – such as reliance on the minimal use of force – and contains key, common sense directives for officers in the field that protect protester safety – such as prohibiting officers from throwing flash bang grenades or other exploding projectiles directly at people, or shooting less lethal munitions directly into crowds. The Crowd Control Policy was the product of a federal court settlement agreement of a prior lawsuit brought by the ACLU and NLG, arising out of OPD’s handling of a peaceful anti-war protest at the Port of Oakland in 2003.