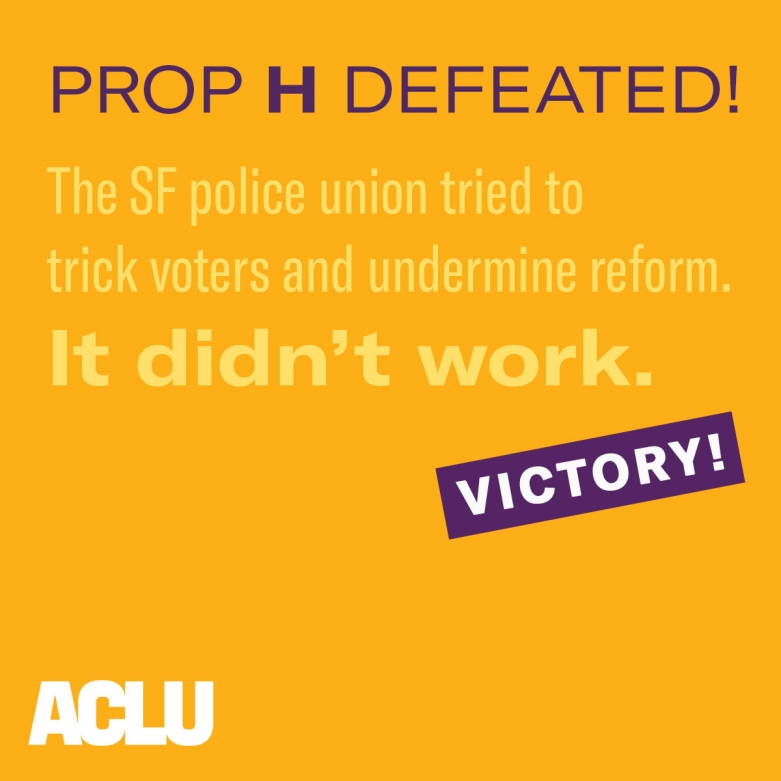 We celebrate the defeat of Prop H, a measure designed by the San Francisco Police Officers Association to overturn a carefully and collaboratively crafted policy regulating when San Francisco police officers can use Tasers.

We’re glad voters weren’t fooled by the POA's deceptive campaign. The police union spent hundreds of thousands of dollars in its attempt to use the ballot box to undermine both police and civilian oversight. This was just the latest attempt by the POA to set back the cause of police reform, and it probably won’t be the last.

The burden shifts to San Francisco leaders – the mayor, the Board of Supervisors, the Police Commission and Chief William Scott – to take the necessary steps to adopt modern practices and change the culture of policing. There is much left to be done.