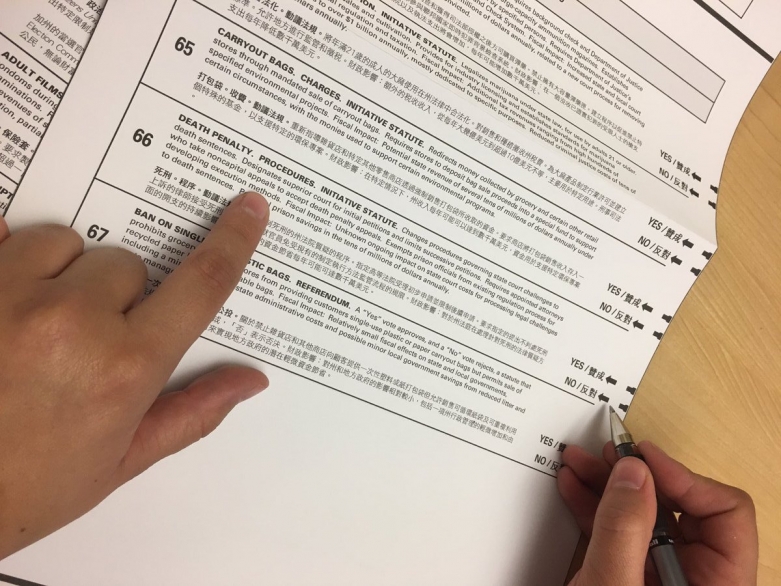 The suit argues that photographing and sharing one’s ballot is political speech protected by the First Amendment and any attempt to enforce the current ban is an unconstitutional violation of the right to free speech. ACLU attorneys have asked for a temporary restraining order to prohibit the state from enforcing the ban for the November election.

A hearing has been scheduled for Wednesday, Nov. 2, at noon before United States District Court Judge William Alsup in San Francisco.

The California ban was repealed and amended by the Legislature. But the new law allowing voters to share their voted ballot doesn't take effect until January, after the presidential election.

Despite the fact that the ban is set to be repealed and has not been previously enforced, California Secretary of State Alex Padilla issued a memo on Oct. 12 advising the state’s election officials that the law remained in effect. After negotiations with the Secretary’s office failed and with millions of votes still to be cast, the ACLU filed the suit over concerns about the chilling effect the confusion will have on voters’ speech.

The government responded late Monday, stating that it is required by state law to enforce the current ban on ballot selfies unless a court finds the law unconstitutional. The government argued that the suit should have been filed sooner, but did not assert that the law is constitutional and acknowledged there is no indication that anybody has ever been prosecuted.

“People increasingly use photographs of their marked ballot as a way to express their support for candidates and issues,” said Michael Risher, a senior staff attorney for the ACLU of Northern California. “This is core political speech at the heart of the First Amendment. People have a constitutional right to share these photos, and I’m surprised that the government is trying to deny them this fundamental right when there is still a week before Election Day.”

The hearing is scheduled to be heard in Courtroom 8, 19th Floor, 450 Golden Gate Avenue, San Francisco.