List Blocks People From Flying Without Explanation or Due Process 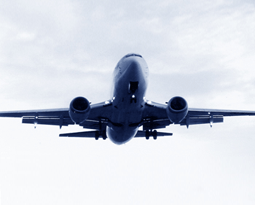 New York – The American Civil Liberties Union today filed a first-of-its-kind lawsuit on behalf of 10 U.S. citizens and lawful residents who are prohibited from flying to or from the United States or over U.S. airspace because they are on the government's "No Fly List." None of the individuals in the lawsuit, including a disabled U.S. Marine Corps veteran stranded in Egypt and a U.S. Army veteran stuck in Colombia, have been told why they are on the list or given a chance to clear their names.

"More and more Americans who have done nothing wrong find themselves unable to fly, and in some cases unable to return to the U.S., without any explanation whatsoever from the government," said Ben Wizner, staff attorney with the ACLU National Security Project. "A secret list that deprives people of the right to fly and places them into effective exile without any opportunity to object is both un-American and unconstitutional."

The ACLU, along with its affiliates in Oregon, Southern California, Northern California and New Mexico, filed the lawsuit against the U.S. Department of Justice, the FBI and the Terrorist Screening Center in U.S. District Court for the District of Oregon. The plaintiffs on the case are:

According to the ACLU's legal complaint, thousands of people have been added to the "No Fly List" and barred from commercial air travel without any opportunity to learn about or refute the basis for their inclusion on the list. The result is a vast and growing list of individuals who, on the basis of error or innuendo, have been deemed too dangerous to fly but who are too harmless to arrest.

"Without a reasonable way for people to challenge their inclusion on the list, there's no way to keep innocent people off it," said Nusrat Choudhury, a staff attorney with the ACLU National Security Project. "The government's decision to prevent people from flying without giving them a chance to defend themselves has a huge impact on people's lives – including their ability to perform their jobs, see their families and, in the case of U.S. citizens, to return home to the United States from abroad."