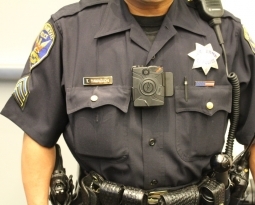 San Francisco - In the midst of a national conversation about police transparency and accountability, the American Civil Liberties Union of Northern California and the Law Offices of Amitai Schwartz filed a lawsuit today against the City of Hayward and its Police Department (Hayward PD) for charging the National Lawyers Guild (NLG) unlawful and excessive costs as the price of disclosing body worn camera footage requested under the California Public Records Act (PRA).

“The Public Records Act and police body cameras have one thing in common: both are intended to promote government transparency and accountability. This common purpose will be thwarted if Hayward is allowed to impose exorbitant costs for the public disclosure of police body camera footage,” said Alan Schlosser, Senior Counsel with the ACLU of Northern California. “Such a hefty price tag will put these public records beyond the reach of most Californians, including journalists investigating possible instances of excessive force by police.”

The suit alleges that, on Jan. 27, 2015, the NLG, San Francisco Bay Area Chapter, submitted a PRA request to Hayward PD for body worn camera footage from Hayward police officers who participated in crowd control during demonstrations in December 2014 to protest the refusal of grand juries to indict police officers involved in the deaths of two African American men, Michael Brown and Eric Garner. A number of protestors were injured by the police during these demonstrations. On May 15, 2015, Hayward PD informed the NLG that they would have to pay the department $2,938.58 in order to receive the first round of body camera footage requested. The NLG paid this amount under protest, and faces similar cost bills for the additional video footage requested.

“In the wake of Ferguson, outfitting police officers with body cameras is a tactic widely supported to address problems of police brutality and repair the public’s dwindling confidence in law enforcement. But the positive impact of body cameras on public trust and truth finding is directly undermined when the public cannot get access to the videos, whether because the police unlawfully refuse to release them entirely, or only release the footage they want the public to see, or try to charge excessive costs for footage as Hayward is doing,” said Rachel Lederman, NLG chapter president.

Under the PRA, government agencies are limited to charging only for the direct cost of duplicating records. For records in an electronic format, the law also allows additional charges for producing records that require data compilation, extraction, or programming. Since the body camera footage requested by the NLG did not require any of those steps, the ACLU and the Law Offices of Amitai Schwartz are asking that Hayward PD refund the NLG for the costs that fall outside the direct costs of duplication, that the Department disclose the additional requested videos without imposing these unauthorized costs, and that the Alameda Superior Court issue a declaratory judgment that imposing the kinds and amount of costs that Hayward imposed on the NLG violates the PRA.