FOIA Filed As Part of Coordinated Campaign With 50 ACLU Affiliates 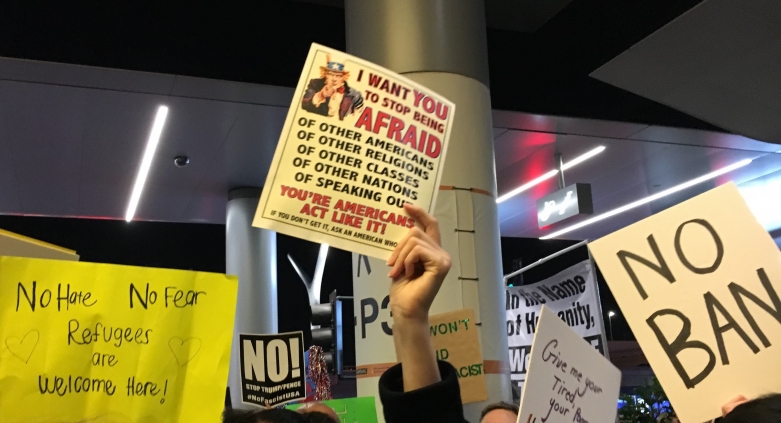 The American Civil Liberties Union of Northern California filed a Freedom of Information Act request today with its local U.S. Customs and Border Protection (CBP) office to expose how Trump administration officials are interpreting and executing the president’s Muslim ban, acting in violation of federal courts that ordered a stay on the ban’s implementation. The filing today is part of a coordinated effort from 50 ACLU affiliates, which filed 18 FOIAs with CBP field offices and its headquarters spanning over 55 international airports across the country.

“In spite of court orders to the contrary, some CBP officials appear to be continuing to detain people, though the approach appears to differ by location,” said Linda Lye, Senior Staff Attorney with the ACLU of Northern California. “The public has a right to know the facts on the ground.”

Media reports indicate that CBP officials detained and deported individuals, even after federal courts ordered officials to stop enforcing the executive order following a court challenge from the ACLU and other organizations.

The Trump administration has yet to inform the public of how many refugees, visa holders, and legal permanent residents have been affected by this action.

The following ACLU affiliates participated in this coordinated FOIA filing:

The ACLU of Northern California CBP FOIA request, submitted jointly with the ACLU of Hawaii and the ACLU of Utah, is here:
www.aclunc.org/docs/20170202-ACLU_norcal-cbp_foia.pdf

The ACLU national FOIA request can be found here:
www.aclu.org/cbp-foia-filing-trump-immigration-ban

For an interactive timelime of the Muslim Ban, see here: