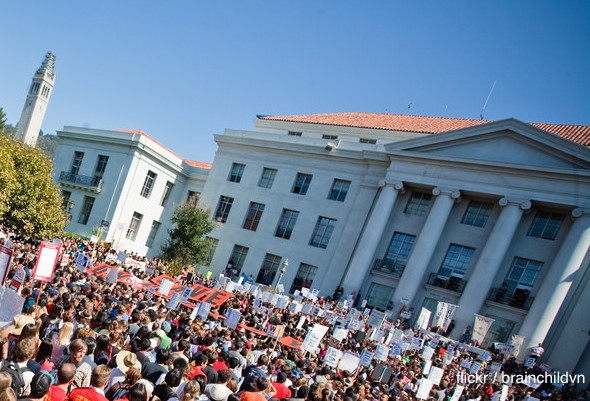 The allegations made by the Young America’s Foundation and Berkeley College Republicans in their suit against UC Berkeley and its “High-profile Speakers Policy,” if true, raise serious concerns that the University fails to understand its constitutional obligations to protect free-speech rights. The First Amendment and the California Constitution require the government to protect everyone’s rights, including the rights of those who espouse bigotry as well as those who exercise their own free-speech rights by protesting and critiquing that bigotry.

UC Berkeley cannot limit speech because of its content or because of the viewpoint it espouses. Nor can it help others to do so by canceling, delaying, or moving an event in reaction to threats of disruption or violence, unless doing so is truly necessary to preserve public safety or some other compelling government interest. When the government – in this case the University and the police – anticipates that constitutionally protected speech may prompt a violent response, it has an obligation to protect free speech while also maintaining order: as one federal court put it, “the police must permit the speech and control the crowd; there is no heckler’s veto.” If some changes to the planned event are truly necessary to preserve public safety, they must go no further than is truly necessary to reduce the risk to a manageable level.

Hate is contrary to our core values. The ACLU condemns bigotry and fights for equal rights for all, and we hope that the University and its officials will do the same. But no matter how heinous the speech, the First Amendment protects everyone. To be clear, the constitution does not protect speech that directly incites violence or harasses individual students or community members. We support the right to protest hateful speech, to urge others to boycott it, and to point out how wrong it is. We do not support government attempts to shut down an event or block the speech of anyone.