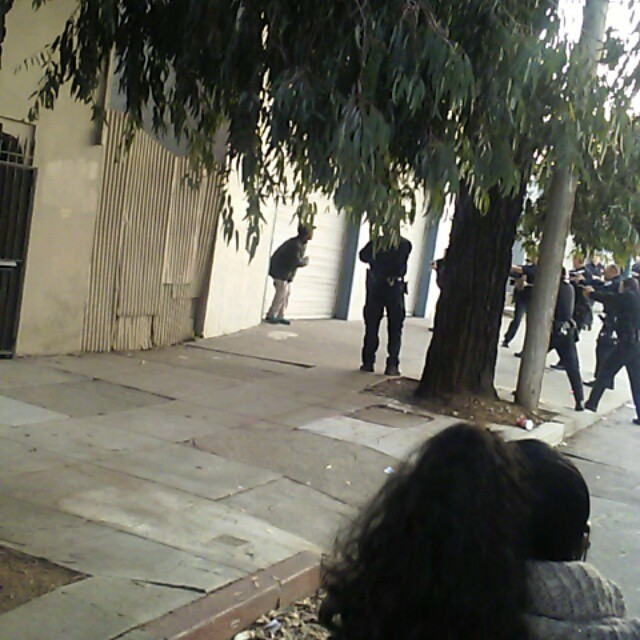 We urge District Attorney Gascón to conduct a swift investigation and bring all appropriate charges against the officers involved. We also urge Mayor Lee and the SF Board of Supervisors to hold the involved officers and SFPD management accountable.

Video of the incident, which reveals Woods trying to walk away from the officers, does not appear to show the imminent danger or substantial risk of death or serious injury that would permit the use of a firearm under SFPD policy. The video also raises questions about the officers’ decision-making and actions prior to use of the firearm and whether proper de-escalation tactics were employed.

Recently, the nation has seen far too many Black people killed at the hands of law enforcement, including the familiar names of Laquan McDonald, Sandra Bland, Michael Brown, and Aiyana Jones. Their deaths have placed the excessive use of force against communities of color in the spotlight. Too often, police treat communities like enemies—a problem that disproportionately impacts people of color.

To better guarantee the safety of the communities they serve, police officers should use force only as a last resort, and the force used must be no more than is absolutely necessary. Police officers who do not follow these guidelines should be held accountable in accordance with the law.

The public also has a right to know what happened in a critical incident like this one. Friends, family, and neighbors of the person killed deserve the full story on this tragedy. All residents of San Francisco deserve to know how police, who act in their name, came to take a life.

Unfortunately, under current state law and local policy, the public will likely never get a full and detailed accounting of the actual investigation into this shooting.

We must demand justice for Mario Woods.

There is a vigil for Mario Woods planned for tonight in San Francisco at 5:30pm, hosted by Black Lives Matter Bay Area, the BlackOut Collective, and the Anti-Police Terror Project.