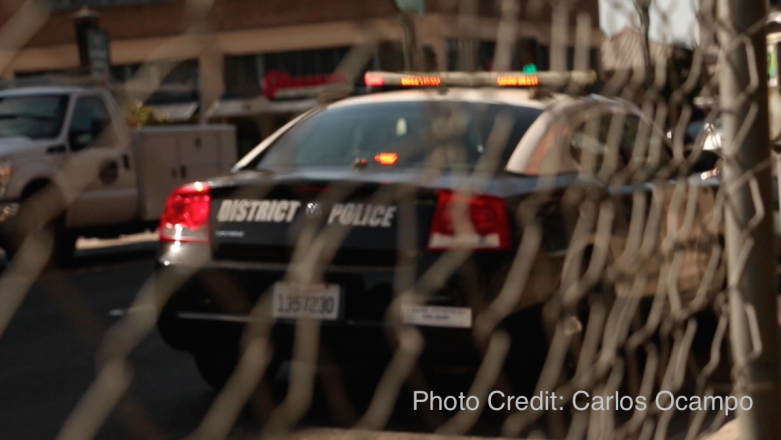 This morning, the ACLU of Northern California filed suit against the Stockton Unified School District (SUSD) for refusing to release documentation of SUSD Police Department student arrest and citation data as required by state law. Tonight, the District will vote on the allocation of millions of dollars in state funds to pay for police expenditures in District schools.

Earlier this year, the ACLU of Northern California sent a public records act request to the District, requesting information on data regarding the arrest, referral, or detention of students by SUSD police officers. The District responded that it has generated 12,000 “incident reports” over the last four years, but refused to provide any information on the reason for arrests and citations of students, or data on the youth affected. Despite the fact that federal law requires the district to provide arrest information to the US Department of Education Office for Civil Rights, with data disaggregated by race, sex, English learner status and disability, the District has refused to provide the ACLU this and other public records that are in the District’s possession and must, by law, be publicly disclosed.

“Our schools should be a place of learning, where we address conflict through counseling and intervention, not over-policing and criminalization,” said Alejandra Gutierrez, program director of Fathers and Families of San Joaquin. “Why is the department trying to hide details on the thousands of arrests they have carried out in our schools?”

In 2012, an SUSD officer restrained a kindergarten boy with zip-ties and removed him from school without notifying his parents, after which the five-year-old with ADHD was charged with battery on an officer.

Analysis of District Police Department data from this time period shows a pattern of over-policing, with a disproportionately harmful impact on students of color. In 2012, the ACLU analyzed information from an earlier PRA request to the Stockton USD, and discovered that from 2007 to 2012, District Police Department officers arrested Black students at nearly twice their rate of enrollment in Stockton USD schools. During this time period, District officers most often arrested students for teenage misbehavior – issuing a total of 2,817 citations for “Disturbing the peace,” and 1,729 citations for truancy.

“We know that increased police-student contact at schools has a disproportionately negative impact on students of color, LGBTQ youth and students with disabilities,” said Linnea Nelson, staff attorney with the ACLU of Northern California. “The school to prison pipeline is pushing students out of the classrooms in which they belong and into the criminal justice system.”

Each year, every school district in California is given dedicated state funds to increase or improve services for low-income students, English language learners, and foster youth, including in school climate.  In the 2015-2016 school year, Stockton USD spent 65% of its funds dedicated to improving school climate – over $2 million – on the police.  The District now proposes to increase that percentage to 69% for the next two school years – to the tune of nearly $6.5 million. The School Board will vote on the proposed funds tonight at the Stockton Unified School Board meeting.

“The bottom line is, every student deserves an educational environment where they can thrive,” said Gutierrez. “We need to reinvest in the classroom and focus on programs that actually help students.”

Approximately twenty school districts across California have their own police department. In total, these districts serve 1.2 million students.