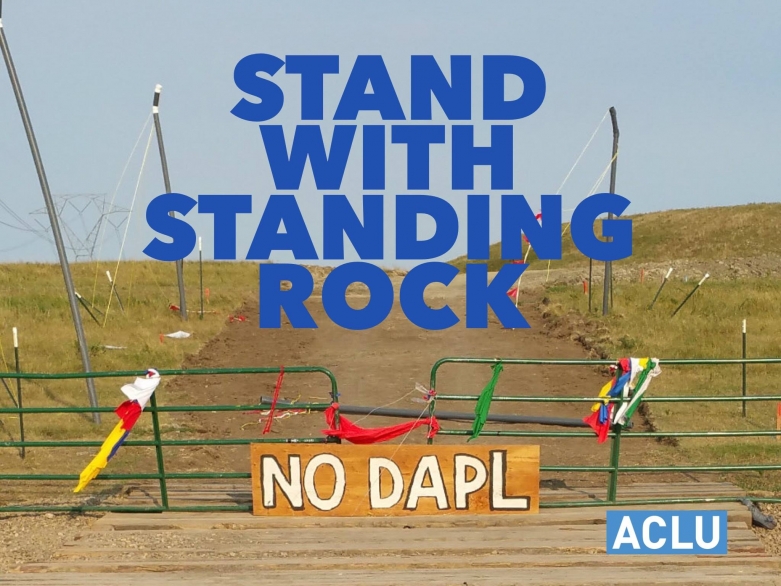 The ACLU has long been committed to supporting and defending the rights of indigenous people and communities. From North Dakota, to Flint, to Alabama, to California’s Central Valley, the ACLU also recognizes the civil rights issues in struggles over clean water. We work to safeguard the vital roles peaceful protest, nonviolent civil disobedience, and activism play in defending our civil and human rights.

The ACLU of Northern California supports the Standing Rock Sioux tribe and its allied indigenous nations and supporters across the globe as they speak out against the construction of the Dakota Access Pipeline. As such, we denounce any government suppression of the right to protest and militarized policing of protesters by the state of North Dakota.

Help us stand with Standing Rock. Sign our petition and tell Governor Dalrymple to demilitarize North Dakota’s response to peaceful protesters and protests against the Dakota Access Pipeline. Ask him to stand down the National Guard; remove the highway checkpoint leading to protest encampments and the Standing Rock Sioux tribe’s reservation; and ensure state and county police do not appear at peaceful protest or nonviolent acts of civil disobedience in riot gear.