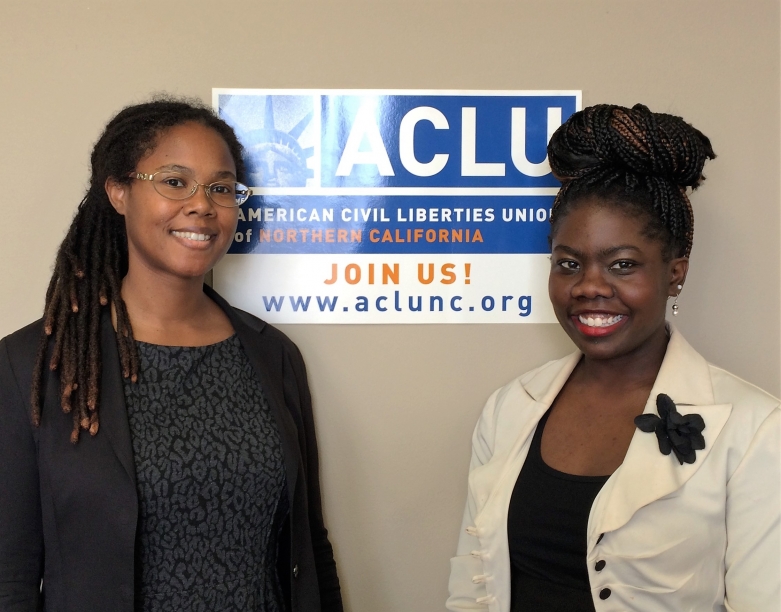 The ACLU of Northern California today filed a request for investigation with the California Department of Fair Employment and Housing (DFEH), urging it to open a probe into a Fresno bar for civil rights violations. DFEH is the agency charged with enforcing California’s civil rights laws.

The request states that on March 12, the bar applied an unwritten minimum drink rule to Abre’ Conner and Novella Coleman – two ACLU civil rights lawyers, who appeared to be the only Black people in the bar – and not to other customers. It also states that the Brig’s bartender used physical force to try to move Conner, who is 5’3”, out of the bar.

In a video of the encounter, Conner is heard asking the bartender whether he is touching her, to which he admits, “Yes, I am. Not with my hands.” When other customers offered to buy drinks for Conner and Coleman, the bar still refused to serve them. The bar then enlisted Fresno police to force them out for supposedly violating the drink rule. The two police officers who arrived on the scene ordered the women to leave, even though one officer agreed with Coleman that the rule “seem[ed] made-up.”

“Contrary to popular belief, businesses do not have an unfettered right to refuse service to anyone,” said Christine P. Sun, Legal and Policy Director at the ACLU of Northern California. “Unfortunately, this type of discrimination still happens in California and across the country, even though it is clearly against the law.”

Since 1964, federal law has clearly prohibited businesses open to the public from discriminating on the basis of race. California’s anti-discrimination laws – in this case, the Unruh Civil Rights Act of 1959 - are even stronger. Businesses in California cannot refuse service or entry on the basis of race, sex, religion, disability, and other protected categories. The DFEH can bring lawsuits against businesses for violating the Unruh Act on behalf of people who have been illegally discriminated against.

“I was shocked and humiliated to have been treated this way by the bar and the Fresno police,” said Abre’ Conner, Staff Attorney at the ACLU of Northern California. “Police departments are responsible for addressing threats to public safety and enforcing criminal laws, not personal biases and racism.”

There is a simple process in California for reporting discrimination by businesses to the state, even without a lawyer.

“We’re not the first people this has happened to. And unfortunately I don’t think we’ll be the last,” said Novella Coleman, Staff Attorney at the ACLU of Northern California. “I want other Californians to know that businesses can’t discriminate against them.”

Here’s what you should know if you plan to report discrimination to the Department of Fair Employment and Housing: