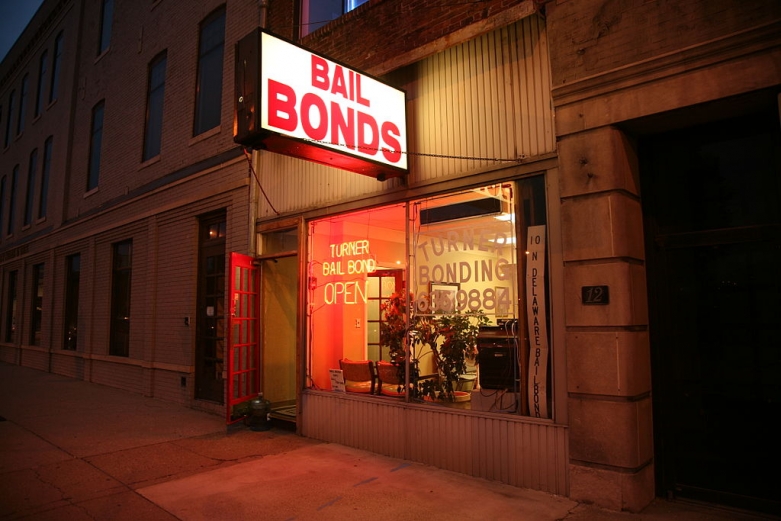 “Our justice system is built on the premise of equal protection for all under the law. The current bail system exacerbates California’s racial and economic inequality, punishes people for being poor, and doesn’t make us safer. There are more effective and fairer ways to protect public safety and make sure that people come back to court for trial,” say the co-sponsors of the California Money Bail Reform Act including the American Civil Liberties Union of California, Anti-Recidivism Coalition (ARC), California Public Defender Association (CPDA), Californians for Safety & Justice (CSJ), Ella Baker Center (EBC), Essie Justice Group, Silicon Valley De-Bug, SEIU, and Western Center on Law & Poverty.

AB 42 and SB 10, the California Money Bail Reform Act, introduced by Assemblymember Rob Bonta and Senator Robert Hertzberg, respectively, are identical legislative proposals representing a growing consensus among policymakers, advocates, and impacted communities that California must shift away from a system where thousands of people are detained pretrial simply because they cannot afford to post money bail.

"When my brother was arrested, my mom had to put up our house for his bail. Now it’s like we owe them everything, otherwise we lose the house. We are forever in debt to the bail bondsman because of it. My mom has to work harder to keep up on the bills and stay out of debt, because they have so much control over our lives now,” says LeChar, a Suisun City resident and member of Essie Justice Group.

Currently, when someone is arrested for a crime, they can post bail to be released from police custody based on a pre-determined bail schedule. Judges also rely on the bail schedule to assign bail amounts at arraignment hearings. Unable to afford the total bail amounts, many people pay a for-profit bail bonds company a non-refundable 10 percent fee based on their total bail amount, a fee they don’t get back even if their case is dismissed or they are found innocent. Many people stay in jail for weeks, months, and sometimes years while their case moves forward, or plead guilty to a crime they may or may not have committed.

In California, over 60 percent of people in jails are awaiting trial or sentencing. As compared to the rest of the country, California keeps far more people in jail while they await trial. This can have significant and long-lasting impacts on both the outcome of people’s cases, as well as their health, wellbeing, and economic security. People locked up for even just a few days may lose their job, car, home, and even child custody.

"My son has struggled with his mental wellness for the last several years. When he turned 24, he was arrested. His bail was set at $150,000. I did everything I could to come up with the ten percent of $150,000 it would take to get him out. But we couldn’t make it happen. Because of his illness, in jail, he was put in solitary confinement. He gets worse and worse everyday. He needs treatment. Now he has more traumas than when he went in. I wish I could have pulled together the money, even for him to come home for a month; it would have changed so much,” says Lisa, resident of Oakland and member of Essie Justice Group.

AB 42 and SB 10 would help fix the state’s broken money bail system by safely reducing the number of people detained pretrial. Specifically, the bills would increase the use of evidence-based practices in pretrial decisions to provide judges, law enforcement agencies, and pretrial service providers with additional tools to assist them in assessing the likelihood that someone will return to court and can be safely released to their community as their case moves forward. The bills would also prioritize pretrial services to ensure people released while awaiting trial make all their court appearances.

Co-sponsors of AB42 and SB10 say California’s current money bail system is inefficient, and it does not enhance community safety. Wealthy people who pose a threat to the public but who can afford to post bail can be released, while low-income people who pose no such threat remain locked up. Detaining someone in jail before trial should only happen when there is a significant likelihood that a person’s release will result in great physical harm to someone else.

These reforms build upon common sense solutions adopted in other localities that have significantly reduced their use of commercial bail, such as Kentucky, New Jersey, and Santa Clara, California. In Kentucky, for example, about 70 percent of people awaiting the resolution of their cases are released; 90 percent of those make all their future court appearances and 92 percent are not re-arrested while they wait for their cases to go forward.