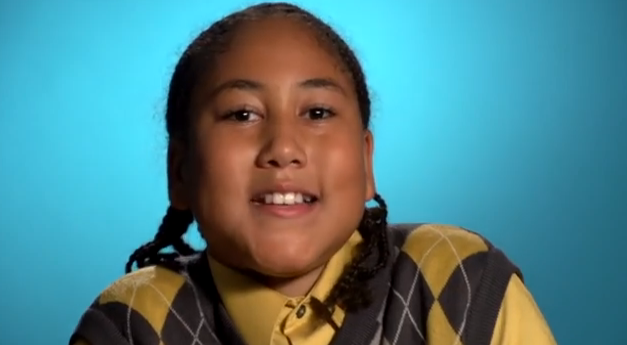 Sacramento – Today California becomes the first state in the nation to eliminate suspensions for its youngest children, and all expulsions for all students for minor misbehavior such as talking back, failing to have school materials and dress code violations. Gov. Jerry Brown's signing today of AB 420 caps a landmark year for the movement away from harsh discipline policies and toward positive discipline and accountability approaches that keep children in school.

AB 420 places limits on the use of school discipline for the catch-all category known as "willful defiance," which also includes minor school disruption. Willful defiance accounts for 43% of suspensions issued to California students, and is the suspension offense category with the most significant racial disparities. For the next 3.5 years, the law eliminates in-school and out-of-school suspensions for children in grades K-3 for disruptive behavior currently captured in Education Code section 48900(k) and bans all expulsions for this reason. The bill was co-sponsored by Public Counsel, Children Now, Fight Crime Invest in Kids, and the ACLU of California and supported by a statewide coalition of organizations.

"In just a few short years, school discipline reform has become an important education policy priority in California because the stakes are very high – research has shown that even one suspension can make it five times more likely that a child will drop out of school and significantly increase the odds they will get in trouble and head into our juvenile delinquency system," said Assm. Roger Dickinson (D-Sacramento), author of AB 420 and a longtime champion of positive school discipline in California.

The signing of AB 420 is the latest in a series of influential local and state reforms and milestones to reform harsh, disciplinary practices in California in 2014, including:

More reforms are needed in local and state policies, as well as monitoring the implementation of existing policies and programs. AB 420 includes a sunset provision in 3.5 years, and statewide coalition partners will be returning with legislative proposals to expand the protections for students and increase investments in effective alternatives. California's coalition of state and local school discipline reform parents, educators, students, community, law enforcement, civil rights leaders will continue to work toward:

California community and statewide leaders have issued the following statements regarding the passage of AB 420 and the importance of continuing to build momentum for the state's expanding school discipline reform movement.

Here is what some California leaders are saying about AB 420

AB 420 is an important first step toward keeping kids in school by limiting harsh, exclusionary discipline practices, which disproportionately affect students of color, LGBTQ students and students with disabilities. But much more work is necessary to curb rampant use of this subjective offense and expand the use of strategies that help students learn from mistakes without pushing them out of school altogether. We look forward to returning to the legislature when the bill is up for renewal to push for broader reform.
—David Sapp, Legal Counsel, ACLU of California (co-sponsor, AB 420)

AB 420 is a significant step forward in California's school discipline reform movement and sends a clear message about the importance of creating calm, safe and successful learning environments where suspension is used only as a last resort. This statewide change is key to understanding what is needed to improve academic achievement, especially in our lowest performing schools. Public Counsel will continue to push hard for further reforms at the state level to ensure that California is a leader in school discipline approaches that work for our most vulnerable students and students of color. It is time we stopped leading the way in supporting unsound education remedies that remove students from schools to an unsupervised vacation or worse.
—Laura Faer, Statewide Education Rights Director, Public Counsel (co-sponsor, AB 420)

AB 420 is a step in the right direction for California schools and their communities. The bill put California on the path to being a state where we can ensure that all 5-8 year old students have access to good academic and social outcomes, even when they make mistakes and get themselves in trouble. This will focus our efforts at the youngest grades on giving teachers and students opportunities to learn to build community and repair harm where harm is done.
—Karen Junker, School Culture and Climate / 6th Grade Math Teacher, Davidson Middle School, Marin

It is encouraging to see Governor Brown's support of common sense school discipline policies, and AB 420 is just that: an appropriate, logical approach to address undesirable student behavior that promotes alternatives to suspension and keeps kids in the classroom and off the streets. Maintaining safe schools and communities is of course top priority for all law enforcement agencies, and removing a student from school may be necessary when safety is at stake. But sending a kid home for minor misbehavior can make matters worse, resulting in the student falling behind and potentially ending up out on the streets getting into more trouble. Our educators are better equipped and trained to deal with minor instances of disobedience, which leaves law enforcement officials free to handle some of the more serious issues like violence and drug activity.
—Adam Christianson, Stanislaus County Sheriff, and Fight Crime: Invest in Kids California Executive Committee Member

This is yet another call for all of us to change direction, keep all children in all schools, and invest in restoring our children's sense of purpose despite so many institutions wanting to throw them away. Parents have known for years that suspending children, especially the youngest ones, for willful defiance is often a point of no return, a message that our children are not wanted for who they are. Over the past ten years, we have begun to chip away at the belief that removing children of color from school for minor behavior, and leaving them vulnerable to harm and disconnected from the classroom, somehow improves our school safety and test scores. Data shows otherwise. The signing of AB 420 into law by Governor Brown is the result of many courageous parents and youth envisioning healthy, thriving communities with schools that afford every child the chance to grow. We call on all school staff to see this new law as a historic opportunity to work differently with families and truly preserve public education.
—Roslyn Broadnax, Core Parent Leader, CADRE, South Los Angeles

Children Now commends Assemblyman Dickinson for his unwavering leadership. Much more must be done to improve school climate and student supports, but AB 420 is a huge victory that protects the learning environment and will help address the needs of our youngest learners. Children Now remains committed to improving school climate and student engagement and we believe AB 420 is a critical step in achieving better outcomes for children.
—Ted Lempert, President, Children Now (co-sponsor, AB 420)

The Association of California School Administrators believes prohibiting the suspension of students in K-3 for willful defiance is consistent with the intent of the Education Code. We further believe that a student should only be expelled from school in the most serious of cases. Through our involvement with AB 420, ACSA has added resources into our professional development to assist administrators on alternatives to student discipline.
—Wesley Smith, Executive Director, Association of California School Administrators

We are glad the governor took a step in the right direction. We are committed, however, to ending the use of willful defiance in our schools for all grades and without exception. We look forward to working with AB 420 supporters—including teachers—to expand the policy.
—Angela Glover Blackwell, founder and CEO of PolicyLink, lead coordinator of the Alliance for Boys and Men of Color

This bill is a good first step in changing our school discipline system. It helps keep students in the classroom whenever possible so they can learn, grow and prepare for a bright future.
—Tom Torlakson, State Superintendent of Public Instruction

This is the first step to restorative justice for all youth. We expect more from California and will keep fighting for more. Thank you to all of the community leaders, parents and students in Los Angeles and throughout the state who continue to fight to ensure that all youth stay in school and on track.
—Monica Garcia, School Board Member, Los Angeles Unified School District and champion of the Safe and Supportive Schools Resolution, which ended willful defiance suspensions in LAUSD

I am thrilled to see that the state of California it taking responsibility for helping ensure equality. I want to thank Governor Brown for standing with educators, parents, students, and civil rights leaders who are dismantling the roots of inequity.
—Judy Appel, Vice President, Berkeley Unified School Board