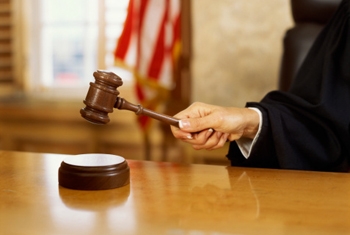 Sacramento - Facing its final vote in the Assembly, the California Fair Sentencing Act (SB 1010) authored by Sen. Holly Mitchell (D-Los Angeles) won strong approval on a bi-partisan vote today. SB 1010 now returns to the Senate for a final procedural vote before being sent to the Governor.

Mitchell’s bill will correct the groundless disparity in sentencing, probation and asset forfeiture guidelines for possession of crack cocaine for sale versus the same crime involving powder cocaine that has resulted in a pattern of racial discrimination in sentencing and incarceration in California.

“The statistics don’t lie. Communities of color are treated differently within California’s judicial system, often subjected to harsher sentencing for the essentially the same crimes as their white counterparts,” said Delia de la Vara, NCLR Vice President, California Region. “We’re pleased to see this common sense sentencing reform bill advance, as it will help to ensure that the punishment fits the crime and that all Californians are treated equally under the law.”

“For far too many years, we have had to watch harsh penalties applied disproportionately to Black and Brown urban communities,” said Susan Burton of A New Way of Life, who spent many years in prison herself for this offense. “This bill is a beginning to fairer sentencing policies in California.”

“Latinos across California are pleased with SB 1010’s approval today by the Assembly. Now we call on the Senate to confirm the bill and on Governor Brown to sign it into law to erase this vestige of racial bigotry in California’s sentencing laws,” said Antonio Gonzalez, President of the William C. Velasquez Institute.

Crack and powder cocaine are two forms of the same drug. Scientific reports, including a major study published in the Journal of the American Medical Association, demonstrate that they have nearly identical effects on the human body. Crack cocaine is a product derived when cocaine powder is processed with an alkali, typically common baking soda. Gram for gram, there is less active drug in crack cocaine than in powder cocaine.