Californians Sentenced Under Realignment Have the Right to Vote, Argue Civil Rights Advocates 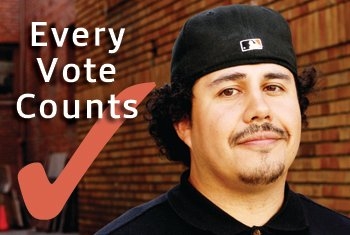 Three organizations concerned with voting rights have filed a lawsuit in the First District Court of Appeal to clarify that people who have been sentenced for low-level, non-violent offenses under the state’s historic reform of criminal justice known as Realignment are entitled to vote in the 2012 elections and beyond. The suit asks the Court of Appeal to clarify the voting rights of more than 85,000 Californians in time to allow them to register before Oct. 22 deadline.

Petitioners in the case are All of Us or None, Legal Services for Prisoners with Children, and the League of Women Voters of California, three organizations committed to voting rights and reintegration of people with convictions, as well as a woman confined in San Francisco jail for a narcotics conviction who wishes to vote. Secretary of State Debra Bowen and San Francisco Director of Elections John Arntz are named as respondents.

At the center of the lawsuit is a 2006 ruling (League of Women Voters vs. McPherson) in which the same court clarified that people who are confined in county jail as a condition of felony probation are entitled to vote under California law. Individuals sentenced to county jail under Realignment are not “in state prison” or “on parole” as required by McPherson. The organizations that brought McPherson have returned to the Court of Appeal to protect the voting rights of people living in their communities, in county jails or under probation-like supervision, following Realignment.

In December, Secretary Bowen issued a memorandum (#11134) to all county clerks and registrars stating that none of the individuals sentenced under Realignment are eligible to vote. But according to the McPherson ruling, the California Constitution deprives individuals of the right to vote on the basis of criminal convictions only if they are “imprisoned in state prison” or “on parole as a result of the conviction of a felony.”

Petitioners are represented by the American Civil Liberties Union of Northern California, Social Justice Law Project, Lawyers’ Committee for Civil Rights of the San Francisco Bay Area, A New Way of Life Reentry Project, Legal Services for Prisoners with Children, and the Law Office of Robert Rubin. Petitioners argue that excluding Californians with criminal convictions from voting is at odds with the California Constitution and contradicts a central purpose of Realignment, which is to stop the state’s expensive revolving door of incarceration by rehabilitating and reintegrating individuals back into society.

Jory Steele, managing attorney of the ACLU of Northern California, explained that the suit seeks an order allowing Californians statewide to register for the November elections. “California’s courts have a proud tradition of protecting our fundamental right to vote. Here, this is particularly important because disenfranchisement has such a disproportionate impact on people of color.”

“We are trying to intervene and hold offenders accountable, to ask them to step up to be productive, responsive citizens,” explains Santa Cruz County’s Chief Probation Officer Scott McDonald. “Reintegration can’t just be about punishment. It’s also about taking responsibility and participating fully in the community. Voting encourages literacy and positive civic engagement. It reinforces the goals of re-entry.”

“Being deprived of the right to vote is civil death,” said Joe Paul, who coordinates a re-entry program that focuses on workforce development and life skills in conjunction with the Los Angeles County Sheriff and the Department of Corrections. “To reintegrate, you need to exercise the rights of citizenship - to get a job, to serve on a jury, to vote. For democracy to work, especially in the inner city, everybody needs to be a part of the franchise. If we are not inclusive, we cannot be indivisible with liberty and justice for all.”

The people who will now be in their communities following implementation of Realignment are men and women whose offenses are neither violent nor serious. They include, for example, people who have forged a train ticket, possessed morphine, taken items from an empty building during an emergency, received stolen metal from a junk dealer, or counterfeited a driver’s license.

“When I cast my vote, I feel a sense of collective power. Everyone should have the opportunity to do that,” says Susan Burton, founder and executive director of A New Way of Life, a successful re-entry program emphasizing leadership development for women and girls based in South Central Los Angeles.

Petition for Writ of Mandate & Memorandum of Points & Authorities in Support of Petition (March 7, 2012)

Petitioners' Appendix of Exhibits in Support of Petition for Writ of Mandate (March 7, 2012)