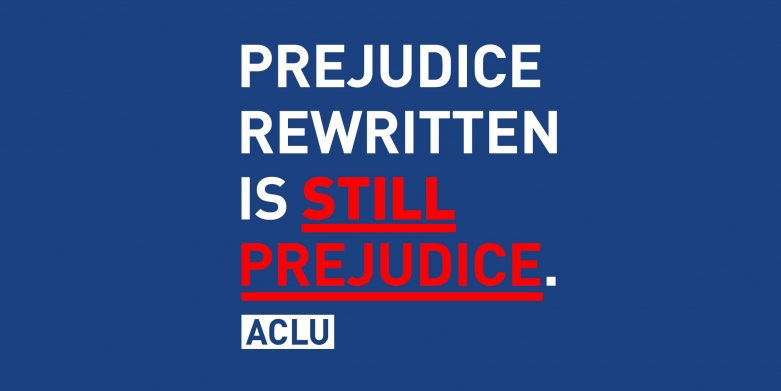 A UC Santa Cruz graduate student researching the nature of the universe in collaboration with an Iranian scientist, a California woman planning a celebration of her recent marriage to a Syrian man, and an Iranian student unable to reunite with his wife are challenging Donald Trump’s latest attempt at an unconstitutional and discriminatory Muslim ban. The suit, Al-Mowafak v. Trump, was originally filed on February 2, 2017 and was amended this afternoon. Plaintiffs are represented by the ACLU of Northern California, the ACLU of Southern California, the ACLU of San Diego, and the ACLU National Immigrants’ Rights Project, along with Keker Van Nest & Peters LLP.

Plaintiffs argue that the Executive Order violates the separation of church and state and their freedom of association rights granted under the First Amendment, and their equal-protection and due process rights granted under the Fifth Amendment. The amended complaint notes that Defendant Trump’s Executive Order of March 6, 2017 – like its predecessor – is a thinly veiled attempt to discriminate against Muslims. The complaint cites numerous public comments by Defendant Trump and his senior advisors establishing that the ban was long intended to target Muslims. It also cites evidence contradicting supposed national security justifications – including a senior administration official’s disclosure that the president delayed signing the revised Order so the ban could “have its own ‘moment’” in the wake of his address to Congress.

The complaint further argues that Defendant Trump’s attempt to circumvent federal law threatens the constitutional separation of powers. The federal Immigration and Nationality Act does not authorize the president to set up the complex system of exclusions and waiver provisions contained in the new Order and prohibits discriminating in issuance of immigrant visas based on a person’s nationality. The Executive Order exceeds the president’s constitutional authority and violates Article I, Section 1 of the Constitution which bestows federal legislative power exclusively to Congress.

“Prejudice rewritten is still prejudice,” said Julia Harumi Mass, Senior Staff Attorney with the ACLU of Northern California. “This cruel and divisive Executive Order is driven by the same anti-Muslim bias as the first, and we will continue this challenge on behalf of our clients and our communities.”

“President Trump’s new Executive Order remains just as un-American as the original one,” said Adam Lauridsen, Partner at Keker Van Nest & Peters LLP. “The changes to the Order are attempts to shield it from judicial review, and do not make the Order any less discriminatory or unconstitutional.”

Plaintiff Eric Miller is in his fourth year of graduate studies in physics at the University of California, Santa Cruz, where he conducts cutting-edge particle-physics research. He needs to continue this research in collaboration with an Iranian researcher who was planning to visit the United States in April – but is now excluded by the ban. Plaintiff Jane Roe is a United States citizen and a resident of California who was recently married to a Syrian national living in the United Arab Emirates. The ban prevents her from being united with her husband and celebrating their marriage with friends and family in the United States. Plaintiff John Doe is a lawful permanent resident in the United States and a native of Iran. His wife lives in Iran and is now barred entry due to the ban.

The suit seeks to establish a plaintiff class and obtain relief on behalf of similarly situated Californians.  Plaintiffs also seek a declaration that the Executive Order is illegal and may not be enforced.