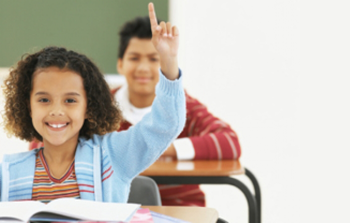 San Francisco - Major civil rights organizations have reached a settlement agreement with the Dinuba Unified School District (DUSD) to ensure that young English learners have an equal chance to succeed. The agreement, which was finalized at a school board meeting last week, comes as the result of a lawsuit filed in May by Dinuba parents and teachers. The plaintiffs are represented by the ACLU of Southern California, the ACLU of Northern California, the ACLU of San Diego and Imperial Counties, California Rural Legal Assistance, Inc., the Asian Pacific American Legal Center (APALC), and the law firm of Wilson Sonsini Goodrich & Rosati.

"I'm pleased the district is going to make sure all our kids have the same opportunities for the education they deserve", said plaintiff Annie Ogata, a teacher in the district who also has children in the Dinuba schools.

"For young children, learning to read is the foundation for life-long learning", said plaintiff Nona Rhea, teacher of the year at Dinubas Roosevelt Elementary. "I am so thankful this agreement will insure every student has the opportunity to learn to read with their classmates."

The lawsuit asked the school district to stop using a program called Second Language Acquisition Development Instruction (SLADI), implemented in 2009, to teach reading to first and second grade English learners. The lawsuit alleged that SLADI was a fundamentally flawed and unproven method of teaching English.

"I applaud the District for working with us to resolve this problem so quickly after the lawsuit was filed", said Jory Steele, Managing Attorney with the ACLU of Northern California."Starting with this school year, young English learners will be taught to read and provided equal educational opportunities."

Under the agreement, the district will stop using SLADI and will implement a new program for young English learners beginning in the current school year. The district also will create two programs to remedy the past years deficiencies: an after-school program for the young students who were denied reading instruction under SLADI, to help catch them up to their peers and an additional summer school program, both at no cost to families of these students. As part of the settlement, the district will work with mutually agreed-upon education experts to determine and implement an English learner program that meets the needs of students and complies with state law.