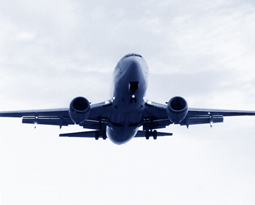 PORTLAND, Ore. – In a landmark ruling, a federal judge struck down as unconstitutional the government’s procedures for people on the No Fly List to challenge their inclusion. The decision came in an American Civil Liberties Union lawsuit brought on behalf of 13 Americans who found themselves on the list without any notice, reasons, or meaningful way to get off it.

The judge ordered the government to create a new process that remedies these shortcomings, calling the current process “wholly ineffective” and a violation of the Fifth Amendment's guarantee of due process. The ruling also granted a key request in the lawsuit, ordering the government to tell the ACLU’s clients why they are on the No Fly List and give them the opportunity to challenge their inclusion on the list before the judge.

“For years, in the name of national security the government has argued for blanket secrecy and judicial deference to its profoundly unfair No Fly List procedures, and those arguments have now been resoundingly rejected by the court,” said ACLU National Security Project Director Hina Shamsi, one of the attorneys who argued the case.

“Our clients will finally get the due process to which they are entitled under the Constitution. This excellent decision also benefits other people wrongly stuck on the No Fly List, with the promise of a way out from a Kafkaesque bureaucracy causing them no end of grief and hardship. We hope this serves as a wake-up call for the government to fix its broken watchlist system, which has swept up so many innocent people.”

According to media reports, there are more than 20,000 people on the No Fly List. Their only recourse is to file a request with the Department of Homeland Security's Traveler Redress Inquiry Program (DHS TRIP), after which DHS responds with a letter that does not explain why they were denied boarding. The letter does not confirm or deny whether their names remain on the list, and does not indicate whether they can fly.

The ruling from the U.S. District Court in Oregon found, “[W]ithout proper notice and an opportunity to be heard, an individual could be doomed to indefinite placement on the No-Fly List. … [T]he absence of any meaningful procedures to afford Plaintiffs the opportunity to contest their placement on the No-Fly List violates Plaintiffs’ rights to procedural due process.”

One of the plaintiffs in the case is Sheikh Mohamed Abdirahman Kariye, who is the imam of Portland’s largest Mosque.

“Finally I will be able to challenge whatever incorrect information the government has been using to stigmatize me and keep me from flying,” Imam Kariye said. “I have been prevented by the government from traveling to visit my family members and fulfill religious obligations for years, and it has had a devastating impact on all of us. After all this time, I look forward to a fair process that allows me to clear my name in court.”

The national ACLU, along with its affiliates in Oregon, Northern California, Southern California and New Mexico, filed the lawsuit in June 2010 on behalf of 13 U.S. citizens, including four military veterans. In July 2012, the 9th Circuit Appeals Court reversed the district court's dismissal of the case on jurisdictional grounds, allowing the district court to consider the case on its merits. In August 2013, the court found that constitutional rights are at stake when the government places Americans on the list.

More info about the case and plaintiffs