Final Report on Marijuana Policy is Full with Recommendations 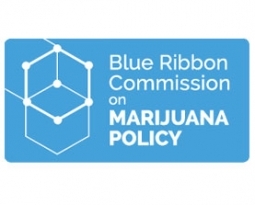 San Francisco – The Blue Ribbon Commission on Marijuana Policy released an extensive report detailing the complexities of marijuana legalization in California today. The report includes fifty-eight recommendations for policy makers and the public to consider before California decides to legalize recreational marijuana for production, sale and adult use.

The panel of leading legal, academic, law enforcement and policy experts, chaired by Lieutenant Governor Gavin Newsom in partnership with the American Civil Liberties Union of California, was formed by Lt. Gov. Newsom in 2013 to help the state prepare for the possibility of recreational legalization for adult use, as initiative drafters prepare to bring the question before California voters in 2016.

”This report offers not only a pathway to carefully crafting a thoughtful initiative but it also gives government the tools to follow up with implementation, if voters decide to legalize and regulate recreational marijuana for adult use,” said Lt. Governor Newsom. “If this is done right, we have an opportunity to improve the status quo by making marijuana difficult for kids to access, while limiting the unintended consequences that have characterized past ballot initiatives.

The report makes clear that protecting youth and promoting public health and safety must be paramount, and guide all other decisions surrounding legalization. Commissioners also outlined nine policy goals that any initiative should strive to achieve including protections for consumers, workers, the environment, and reducing the size of the illicit market. The subsequent legal and regulatory recommendations are offered for consideration with the intent of achieving these goals.

”We looked at legalization in terms of what is unique about California and at the top of that list is the racial diversity of our 38 million residents. We shouldn’t trade the racial disparities of past marijuana enforcement with racial disparities in a new industry, or in public health,” said Abdi Soltani, Executive Director, ACLU of Northern California. ”This report recommends defining racial and economic equity as a core goal for legalization.”

The Blue Ribbon Commission was emphatic that the goal of legalization and regulation should not be to maximize tax revenue, arguing that such a goal could potentially run counter to the goals of protecting youth and promoting public health and safety. The report is also unequivocal in its goal of preventing corporate consolidation in the marijuana industry, as we have seen with Big Tobacco.

”Diverse stakeholders with diverse views can agree on fundamental goals for marijuana legalization: Protecting kids, improving public safety and limiting corporate control,” said Keith Humphreys, a Stanford Health Policy Associate who was a senior policy analyst at the White House Office of National Drug Control Policy from 2009-2010. “Regardless of where you think you stand on marijuana legalization, this report is worth reading. It fills in the vital details for what marijuana legalization could look like in practice and what it would mean for our state.”

The report explores in great detail the complexity of moving a large, developed, and largely unregulated multi-billion-dollar industry out of the shadows and into a regulated mainstream to improve public health and safety, and protections for youth. The Blue Ribbon Commission also highlights that legalization would not be an event that happens in one election but rather, it would be a process that unfolds over many years requiring sustained attention to implementation.

The Commission believes any legalization effort should be clear on the goals it is setting out to achieve for the people of California and its forty-five regulatory recommendations aim to achieve the following nine recommended policy goals:

While drawing from the lessons learned following legalization in other states, the Report advises California policymakers and regulators to craft California-centric solutions, and take regional variations into account. Policymakers are also advised to draw from the lessons of the regulation of other industries in California over many decades, notably tobacco and alcohol, even though Cannabis is different than both tobacco and alcohol in its production, processing and physiological effects.

The final report can be found at www.SafeandSmartPolicy.org (direct link here)