In California, Bail Insurance Corporations' Impact and Influence is Exposed as the Legislature Considers Reforms to the State's Unjust and Costly Money Bail System 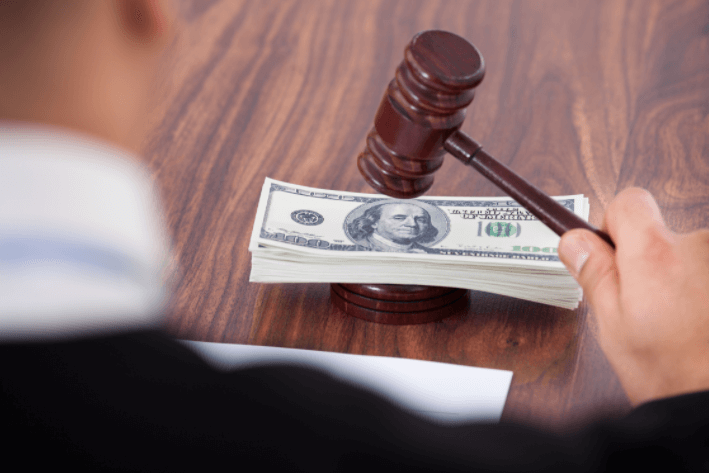 Sacramento - Today, Color Of Change and the American Civil Liberties Union’s Campaign for Smart Justice released a scathing national report exposing insurance corporations’ hand in creating an unnecessary and largely unaccountable $2 billion bail industry. The report, Selling Off Our Freedom: How Insurance Corporations Have Taken Over Our Bail System, outlines the insurance industry’s role in a money bail system that ensnares thousands of people in detention or debt – or both – as well as the industry’s significant impact and influence in California.

“We all want a justice system that works for everyone,” said Margaret Dooley-Sammuli, Criminal Justice and Drug Policy Director of the ACLU of California. “Sadly, the current money bail system puts bail insurance corporations’ profits before justice. These conglomerates reap tremendous benefits at low risk, while trapping people in debt and evading oversight. This is not a system of justice. It is a system of corporate greed.”

The bail bonds industry portrays itself as small, “mom and pop” bail bonds agencies that secure release from jail for a nonrefundable fee – typically 10 percent of the bail amount paid in cash or through an installment plan with interest. In reality, multinational insurance corporations dominate the industry, underwriting each bond. The money bail system allows corporate insurers to operate with little risk, meaning the industry profits even when its customers do not show up for court. The report reveals that bail insurance corporations are increasingly held as under-the-radar subsidiaries of large multinational companies, and fewer than 10 large insurers underwrite a majority of the approximately $14 billion in bail bonds issued in the United States each year.

“Big insurance is raking in huge profits by putting a price on people’s freedom,” said Rashad Robinson, executive director of Color Of Change. “Bail bonds are the new payday loans. It’s a predatory practice that traps Black families and poor people in debt. For too long, the corporations that reap massive profits from this unjust destruction of our communities have been allowed to operate unchecked. When taxpayers foot the bill for needlessly locking up poor people before trial, the government is essentially subsidizing a racist, unnecessary, and outright dangerous industry. This report makes it clear: our justice system cannot be fair until we end for-profit bail.”

Every year, California’s money bail system keeps thousands of people in jail before they get their day in court – all because they cannot afford to post bail and buy their freedom. Others are able to pool resources together, often with the help of family members, to pay the nonrefundable 10% fee.

San Diego resident and small business owner Melodie Henderson was among many Californians that the for-profit bail industry drove into life-altering debt. 11 years ago, she was arrested and had her bail amount set to $50,000. Unable to afford the whole amount, she and her grandparents went through a bail bonds company to secure her release as her case moved forward. She spent years trying to pay back the bail bonds company, during which time she postponed school, got behind on other bills, and severely damaged her credit.

“The burden that I had placed on my family was worst of all,” said Melodie Henderson. “Watching my grandmother write checks to the bail company for me broke my heart.”

Fortunately, the California Legislature is considering two identical bills AB 42 (Bonta) and SB 10 (Hertzberg), that will truly protect the wellbeing and safety of communities. Specifically, the bills will reduce the number of people locked up because they are unableo pay to get out of jail while their cases move forward. They will also prioritize services to help people make their court appearances and curb the state’s overreliance on the current money bail system. The bills build upon commonsense solutions adopted in other localities that have significantly reduced their use of commercial bail, such as Kentucky, Santa Clara, California, and Washington, D.C.

Color Of Change is the nation’s largest online racial justice organization. We help people respond effectively to injustice in the world around us. As a national online force driven by over one million members, we move decision-makers in corporations and government to create a more human and less hostile world for Black people in America. Visit www.colorofchange.org.

ACLU’s Campaign for Smart Justice is dedicated to ending mass incarceration in the United States. It is an unprecedented, multiyear effort to reduce the U.S. jail and prison population by 50 percent and challenge racial disparities in the criminal justice system. Visit www.aclu.org.