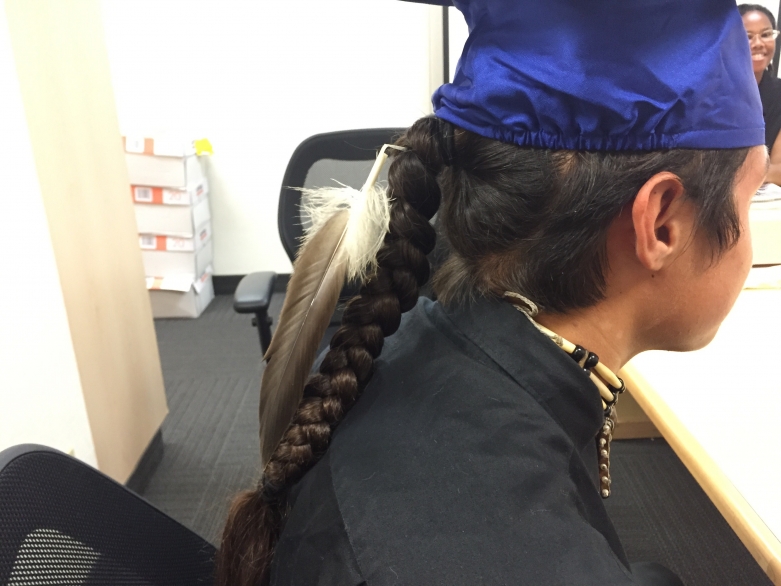 FRESNO — Last night we reached a settlement agreement with the Clovis Unified School District on behalf of Christian Titman, a graduating senior who is Native American who will now be able to wear an eagle feather during the graduation ceremony on Thursday, June 4. He will be allowed to wear the eagle feather in his hair during the entire ceremony and attach the feather on his cap for the traditional tassel turn.

Christian's family made repeated requests to the district officials over several weeks, asking that that the district allow Christian to wear the eagle feather on his cap during graduation. The district denied each of those requests, and told the family that they would only accommodate the request if they were legally required to do so.

The family then sought the help of California Indian Legal Services (CILS), the Native American Rights Fund (NARF) and and the ACLU of Northern California. We sent a formal letter to the district on May 19. The district again refused to accommodate the request. The ACLU, CILS and NARF filed an emergency lawsuit on Monday, June 1 to compel the district to allow Christian to wear the eagle feather during graduation.

"Schools should respect the requests of Native American students who want to wear an eagle feather during graduation," said Coleman. "We're pleased that the district was willing to come to a resolution, although it's unfortunate that previous requests from the family and the ACLU were denied."

As part of the settlement agreement, the district will work with Christian Titman and his family to discuss ways to better respond in the future to requests from students for religious expression during graduation.

State and federal law protect freedom of expression and recognize the religious significance of eagle feathers for Native Americans. California students also have broad free speech rights under the Education Code, and the California Constitution has stronger protections for free speech than the U.S. Constitution.