Lawsuit is the first of its kind in California 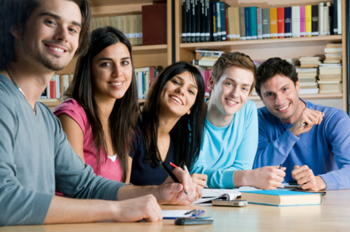 Fresno – Today parents and physicians sued the Clovis Unified School District over its high school abstinence-only-until-marriage sex education. The lawsuit charges that the district is violating California law and putting teens’ health at risk by teaching students misinformation and denying them critical instruction about condoms and contraception.

The lawsuit is brought by two parents in the district, the American Academy of Pediatrics California District IX (AAP), and the Gay-Straight Alliance Network (GSA Network). The plaintiffs are represented by the American Civil Liberties Union (ACLU), with pro bono assistance from the law firm of Simpson Thacher & Bartlett LLP.

The textbook that Clovis Unified uses for high school sex education does not mention condoms at all, even in chapters about HIV/AIDS and on preventing STDs and unintended pregnancy. Instead, for example, the textbook lists that the ways to prevent STDs are to respect yourself, get plenty of rest, go out as a group and practice abstinence.

The curriculum teaches that all people, even adults, should avoid sexual activity until they are married. Additional materials compare a woman who is not a virgin to a dirty shoe and suggest that men are unable to stop themselves once they become sexually aroused.

“Our kids need complete, accurate information to help them protect themselves against STDs and unintended pregnancy. That’s information they’ll need at whatever point in their life they become sexually active,” said Aubree Smith, a plaintiff in the suit and mother of a 17-year-old daughter at Clovis High School.

“We can really save lives with comprehensive sex education. The Central Valley has high rates of STDs and unintended pregnancy. Sexual health education in schools is the only way to reach many teens and should be a place where they can get reliable health information,” said Tonya Chaffee, an AAP physician who treats teens needing sexual health information and care.

The rate of STDs among California teens has been on the rise over the last decade. In Fresno County teens account for nearly a third of chlamydia cases and a quarter of gonorrhea cases, both which can have serious health consequences if they are not detected and treated. Fresno County also has one of the highest rates in California of chlamydia infection among 15-24 year olds.

Teen birth rates are dropping across the state, but they remain high for rural areas. Fresno County has had one of the highest teen birth rates in the state for over a decade. The Guttmacher Institute reports that a sexually active teen who doesn’t use any contraception has a 90% chance of becoming pregnant within a year. “Clovis provides a top-notch education in so many ways, and it’s important that students get the most up-to-date sex education too,” said Mica Ghimenti, a plaintiff and the mother of three children.

This lawsuit is the first of its kind in California since the passage of the state’s 2003 law requiring that sexual health education in public schools be comprehensive, medically accurate, science-based, and bias-free. Comprehensive sex education includes instruction about condoms and contraception, as well as abstinence.

A 2011 report by the University of California San Francisco showed that although California's public schools have made great strides in the quality of sexuality education and HIV/AIDS prevention, many districts still fail to provide students with the complete, accurate information that they need and that the law requires.

About the plaintiff organizations

AAP is the leading organization of pediatricians who treat teens needing sexual health care and information. The GSA Network works to ensure that sex education is accurate and relevant for all students, regardless of sexual orientation.

Resources for Parents and Community Members