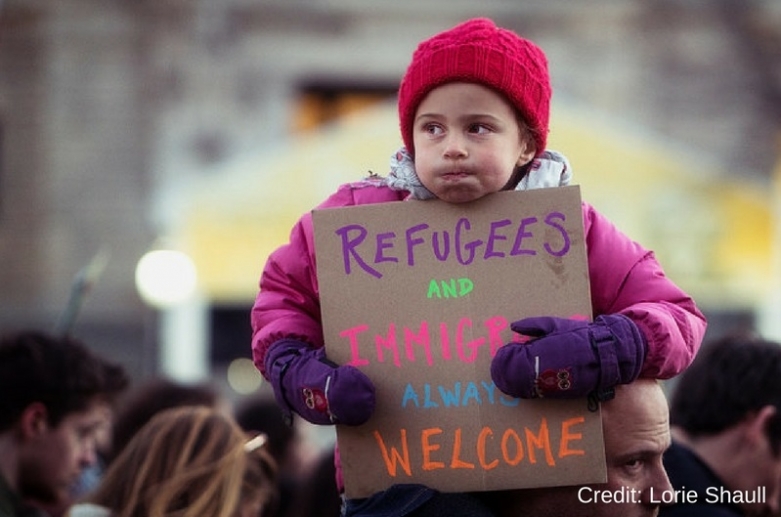 SAN FRANCISCO – California-based refugees, immigrants, and their loved ones are filing suit today to challenge Donald Trump’s recent iteration of the Muslim ban, announced on Oct. 24, 2017, which indefinitely blocks the paths by which almost all Muslim refugees are admitted to the United States.

Plaintiff Jane Roe 2 is a woman from Uganda who was admitted to the United States as a refugee and currently lives in California. Roe 2 was forced to leave her infant daughter with family in Uganda as she fled to escape a homophobic mob intent on killing her. Roe 2 has applied to bring her now three-year-old daughter to the United States, but the Trump Administration’s ban is keeping them apart.

Jewish Family & Community Services East Bay (JFCS-EB) filed the original lawsuit and remain a party in the amended complaint. JFCS-EB has provided assistance to refugees, immigrants, and residents of the San Francisco Bay Area, particularly the East Bay, for more than a century.

“President Trump and his administration are stripping the United States of its long-standing role as beacon of hope, condemning thousands of refugees to live in fear and painful separation from their loved ones, said Vasudha Talla, Staff Attorney with the ACLU of Northern California. “Refugees and immigrants have always been part of the fabric of our nation.  It’s absurd for the government to say that national security is furthered by keeping refugees like our plaintiff Jane Roe from her three-year-old daughter.”

“The Trump administration’s efforts to ban refugees continue to be transparently anti-Muslim,” said Adam Lauridsen, Partner at Keker Van Nest & Peters LLP. “Not only are these executive orders intended to discriminate, President Trump’s actions are an illegal abuse of power.”

The amended complaint notes that Defendant Trump’s Executive Order of Oct. 24, 2017 – like its predecessors – is a thinly veiled attempt to discriminate against Muslims. The complaint cites numerous public comments by Defendant Trump and his senior advisors establishing that the ban was long intended to target Muslims.

The suit seeks to establish a plaintiff class and obtain relief on behalf of Californians with loved ones harmed by the ban on refugees. Plaintiffs also seek a declaration that the Executive Order is illegal and may not be enforced.