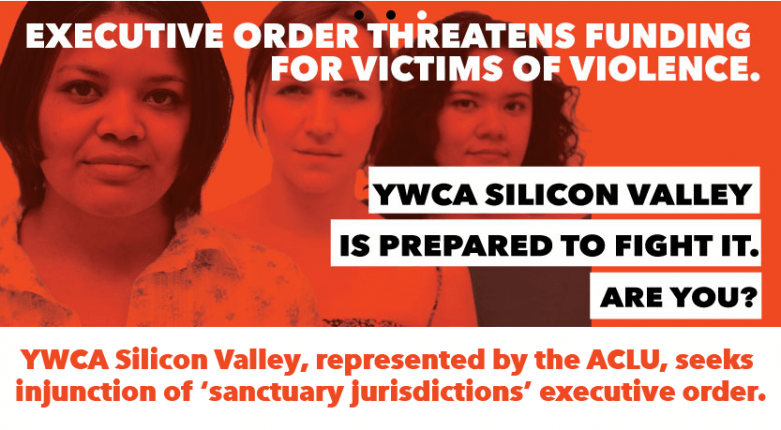 San Jose - On March 1, 2017, the ACLU filed a motion to intervene on behalf of the YWCA Silicon Valley in a lawsuit challenging President Trump’s executive order threatening to withhold federal funding from so-called “sanctuary jurisdictions.”

The executive order is an unconstitutional attempt to punish cities, counties and states that decline to become full-fledged agents of federal immigration enforcement. By threatening grants to nonprofits such as YWCA Silicon Valley, the order jeopardizes services that are critical to the health and safety of residents and the well-being of communities.

Santa Clara County responded to the executive order with a lawsuit and a promise to stand by its own policies. We join Santa Clara in its fight against President Trump’s threat to punish cities, counties and states that have established safeguards to protect their residents.

YWCA Silicon Valley is prepared to fight against threats that will interrupt critical, life changing services for victims of domestic violence, sexual assault and human trafficking.

Serving victims of crime, and ensuring public safety, has long received broad bipartisan support. By threatening to withdraw funding from jurisdictions through which YWCA Silicon Valley receives federal funds, the executive order directly threatens our ability to serve victims of violence, and we must ensure their rights are protected.