Know Your Rights: The TRUST Act 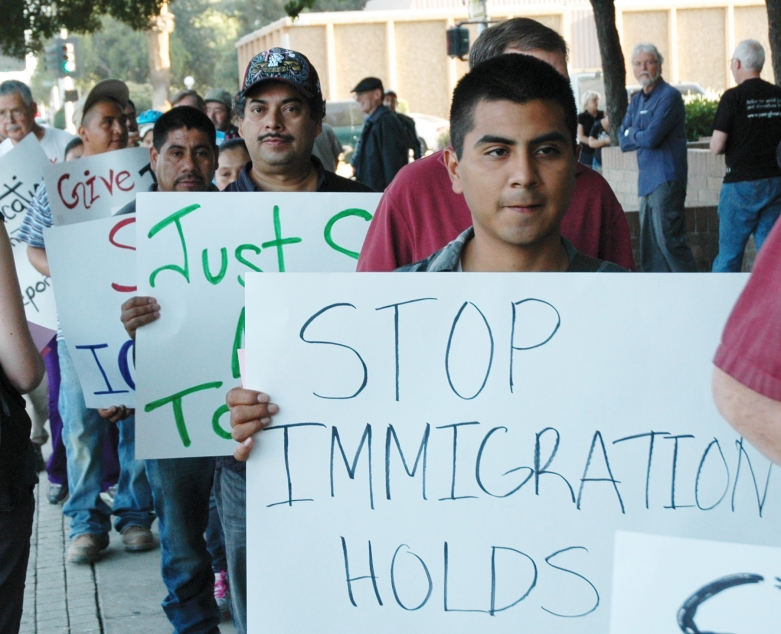 Starting January 1, 2014, a new California Law limits local jails from holding people for extra time just so they can be deported. This law is called the TRUST Act.

When talking to or in front of law enforcement, anything you say can be used against you—don’t talk about your immigration status, citizenship, when or how you came to the US, or where you’re from. (Not intended as legal advice.)

When local jails can & cannot detain you on an “immigration hold”

What is an immigration “ICE hold”? A request from immigration that a local jail continue to hold a person even though that person should be free to leave jail as far as their criminal case goes.

You CANNOT be held for immigration

You CAN be held for immigration if

How to get help

If you are arrested in San Francisco or Santa Clara County, local policies provide even stronger protection. If you or a loved one think you have been wrongly held for immigration, please call 415-621-2488 (760-239-7959 in San Diego).