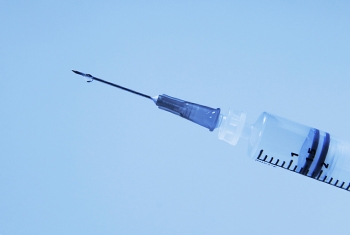 On January 4, 2011, The American Civil Liberties Union Foundation of Northern California (ACLU-NC) and The San Francisco Bay Guardian (The Guardian) submitted Freedom of Information Act (FOIA) requests seeking records related to the federal government’s role in assisting – or failing to oversee – efforts by state corrections agencies to acquire controlled substances. The lethal injection drugs were imported from outside the United States to carry out executions.

The FOIA requests, submitted to the Food and Drug Administration (FDA), the Drug Enforcement Administration (DEA), and US Customs and Border Protection (CBP), sought documents that would reveal whether state officials violated any laws in the states’ scramble to acquire execution drugs and the role of federal agents in the process.

The FDA initially attempted to stop the importation of one execution drug (sodium thiopental), citing concerns about its labeling and authenticity, but subsequently cleared the drug for entry, claiming a longstanding “hands off” policy on lethal injection.  While the FDA has provided some responsive documents, the FDA has failed to produce documents that would shed light on the agency’s shifting positions, and has blacked out large sections in many of the documents produced to date.  The ACLU Foundation of Northern California and the Guardian have filed multiple administrative appeals, challenging the agency’s failure to conduct an adequate search for documents and its excessive withholding of information, but FDA has yet to make any substantive reply.  After exhausting all administrative appeals, the ACLU Foundation of Northern California and The Guardian filed suit on August 11, asking the court to order the FDA to disclose complete records regarding the worldwide scramble for execution drugs by state prison officials.

Similar action was taken against the DEA.