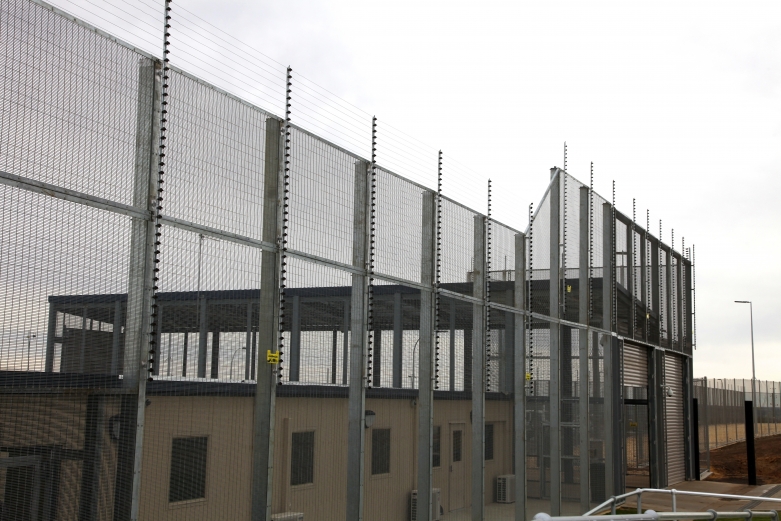 The ACLU Foundation of Southern California, the ACLU Foundation of Northern California, and the National Immigrant Justice Center (NIJC), along with the international law firm Reed Smith LLP, filed a class action lawsuit in the Northern District of California on behalf of thousands of immigrants fleeing persecution who have faced months of detention while they await reasonable fear determinations, the first step in seeking protection in the United States when someone is forced to return following a deportation order.

Department of Homeland Security (DHS) interior enforcement programs have taken at least two million immigrants from their communities, including many long-time U.S. residents, since President Obama took office. Many left behind families in the United States and were deported to countries that have become extremely violent and unsafe. Others were more recent asylum seekers who attempted to seek protection the first time they crossed the border but were caught up in fast-track border deportation processes and quickly deported without having their fear of return acknowledged. When these individuals reenter the United States, they usually face one of two scenarios: their previous deportation orders are reinstated and they are removed without an opportunity to see a judge, or they have an opportunity to express their fear and are detained and placed into the reasonable fear process with hopes that they may be allowed to see a judge.

U.S. law mandates that when individuals who have been previously deported from the United States are apprehended by the Department of Homeland Security and express a fear of returning to their countries of origin, they must receive a reasonable fear determination within 10 days as to whether their fear is reasonable and whether they can proceed with a hearing on their application for protection before an immigration judge. The U.S. government has violated this law in thousands of cases where individuals have waited for three months or more, usually while detained, for their interviews and decisions. Because individuals who receive positive determinations are not automatically eligible for release from detention, the delays in receiving reasonable fear determinations further extend the often lengthy period of detention individuals already face during the rigorous asylum process.

Plaintiffs seek, on behalf of themselves and a class of similarly-situated immigrants, an order requiring the government to conduct reasonable fear interviews and issue reasonable fear determinations within the mandated 10 days and without unreasonable delay.

The suit was filed in the U.S. District Court for the Northern District of California in San Francisco.

On Nov. 21, 2014 a federal judge rejected the government's motion to dismiss and granted the plaintiffs' motion for class certification.

On Aug. 20, 2015 the court preliminarily approved the settlement agreement and set a fairness hearing for Oct. 20, 2015 at 2 p.m. Here is a link to the court ordered notice. (en español)

If you have questions about the Settlement Agreement, please contact Plaintiffs’ Counsel at AlfaroGarciaSettlement@aclusocal.org or via mail at: Alfaro Garcia Settlement, 1313 West 8th Street, Los Angeles, CA 90017.

Practice Advisory - impact of the settlement

Pride and Police Abuse of Power