Section 230(c)(1) of the Communications Decency Act of 1996, 47 U.S.C. § 230, states that "no provider or user of an interactive computer service" may be held liable for putting material on the Internet that was written by someone else. An "interactive computer service" can be anything that provides multiple users with access to a computer server, such as the service provided by AOL and other Internet Service Providers ("ISPs"), newsgroups, interactive websites, and even universities and libraries that provide Internet access to students or patrons.

This provision has been an important means of encouraging the growth of a wide variety of "forum" sites on the Internet, including websites, listservs, and newsgroups. Sometimes these sites are hosted by large ISPs such as Yahoo! or America Online, but just as often they are hosted by an individual who simply wants to provide an opportunity for others to express their views on a particular subject.

Because Rosenthal was not the author of the piece, she argued that Section 230 protects her from liability. On Nov. 20, 2006, in an important victory for free speech on the Internet, the California Supreme Court agreed.

It held that Section 230's protection applies to ordinary individuals such as Rosenthal in the same way it applies to ISPs, website operators, and bloggers.

In addition, the Supreme Court reaffirmed that, in enacting Section 230, Congress intended to provide very broad protection from liability to internet intermediaries that disseminate material written by others.

In reaching that conclusion, the Court explicitly rejected the Court of Appeal's interpretation of Section 230, which would have imposed liability whenever an internet intermediary either knows or should have known of the defamatory nature of the material posted.

The Court recognized that, rather than risk being sued, internet intermediaries will take down material whenever someone complains, thus giving a "heckler's veto" to anyone objecting to controversial content. 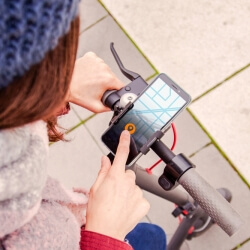