The ACLU Foundation of Northern California filed suit against Secretary of State Michael Pompeo on July 5, 2018, demanding that the State Department issue a decision on an Iranian family’s application to immigrate to the United States.

Presidential Proclamation 9645 -- commonly known as the Muslim Ban -- along with other federal law, requires State Department officials to issue decisions on visa applications. Though the Muslim Ban excludes most Iranian nationals from the United States, plaintiffs are eligible for and have applied for a waiver from the Ban, and the State Department has unreasonably delayed in carrying out its mandatory duty to make decisions on visa applications and applications for waivers.

The family has completed the necessary procedural steps on the visa and waiver applications. If the family doesn’t receive a decision by the September 30, 2018 deadline for issuance of diversity visas this year, they will lose their spot in the diversity visa lottery. They face irreparable harm and may lose their chance to immigrate because of the State Department’s unreasonable delay.

The case was filed in the U.S. District Court for the Northern District of California.

The case was eventually dismissed before decision.

Petition for Writ of Mandamus 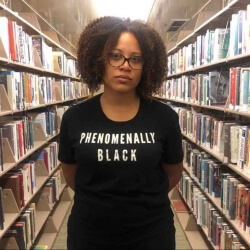