This is a civil rights class action arising from unconstitutional and unlawful actions taken by the Oakland Police Department (“OPD”) in response to a peaceful nonviolent antiwar demonstration at the Port of Oakland on April 7, 2003. The named individual plaintiffs are demonstrators, legal observers, videographers, journalists, and dockworkers who were in the vicinity of the April 7th demonstration when defendants did unlawfully disperse and interfere with the demonstration by, among other things, firing guns which shot wooden dowels and bean bags, throwing “stingball” grenades filled with rubber pellets and tear gas, and striking demonstrators with their motorcycles and clubs. Defendants’ actions were the result of unlawful and unconstitutional policies and practices of the City of Oakland and the OPD. The named individual plaintiffs seek damages from defendants for the injuries they suffered as a result of the unlawful police conduct at the April 7th demonstration. In addition, the plaintiffs, on their own behalf and on behalf of a class of persons similarly situated, seek declaratory and injunctive relief to restrain defendants from using excessive, indiscriminate and/or arbitrary force and other unlawful actions to interfere with, disperse and deter future demonstrations, rallies and protest activities in the City of Oakland.

Plaintiffs claim that defendants’ actions deprived them of their right to freedom of speech and association, their right to be free from unreasonable seizures and excessive force, and their right to due process and equal protection of the laws, all guaranteed by the United States and California Constitutions, as well as additional state law claims relating to the police actions complained of herein 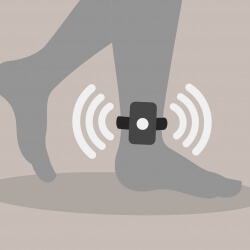